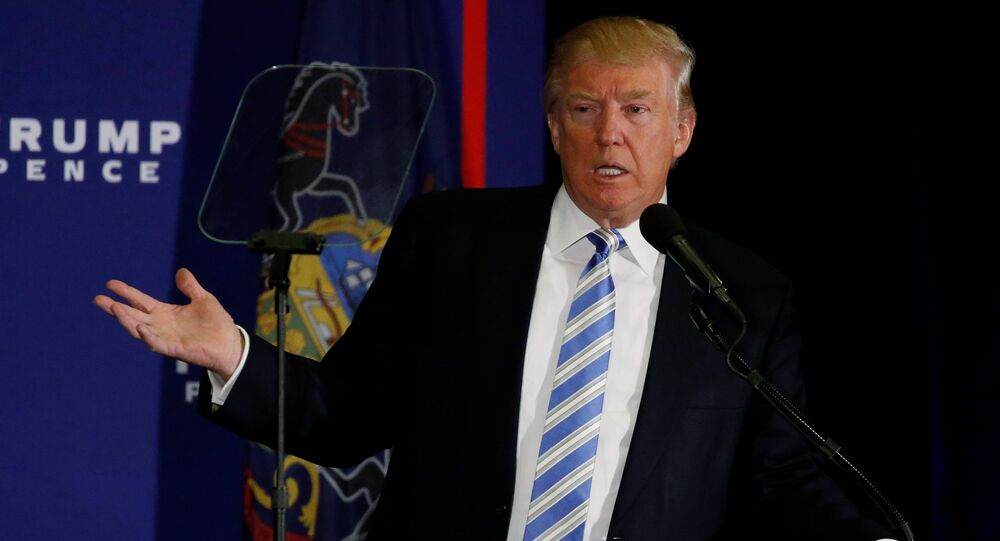 US Republican nominee Donald Trump focused on Saturday again on the core priorities of his election program holding a speech in the city of Gettysburg, Pennsylvania.

He promised to ensure stable growth of the US economy and to create millions of new jobs in the United States. He also spoke about the necessity to invest in the country’s infrastructure.

The Republican candidate wants to ease bureaucratic burden for business saying that it would be necessary to lift two existing federal regulations to impose a new one.

Trump sharply criticized incumbent President Barack Obama as the United States doubled its national debt to $20 trillion under his rule. He vowed to replace the law known as ObamaCare with health savings accounts.

© REUTERS / Joe Raedle/Pool
Trump: Republican Victory in US Election to Have Impact of Brexit Times Five
The presidential nominee is also going to fight against lobbyism imposing a five-year ban on congressmen to become lobbyists, lifetime ban on the White House officials to lobby on behalf of foreign governments and a complete a ban on foreign lobbyists, who raise money for US elections.

Trump also wants to adopt a constitutional amendment imposing term limits for all members of the Congress.

He also said that he would suspend migration from the terrorism-prone regions.

The Republican nominee also said that women, who accused him of sexual harassments, lied and promised to sue them after elections.

Trump: Republican Victory in US Election to Have Impact of Brexit Times Five