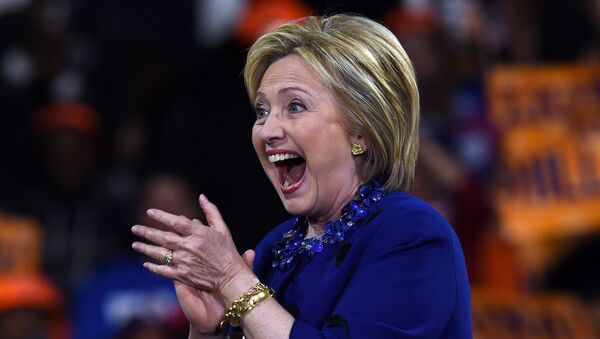 After WikiLeaks' 14th Podesta Email Batch Release, What We’ve Learned So Far
MOSCOW (Sputnik) – On Saturday, WikiLeaks uploaded the 15th batch of Podesta’s emails on its website. The latest release brings the number of emails leaked so far by the whistleblowing site to over 26,000.

“Best approach is to slaughter Donald for his bromance with Putin, but not go too far betting on Putin re Syria,” Budowsky wrote on December 12, 2015, to Clinton’s campaign chairman John Podesta.

WikiLeaks released the first batch of emails on October 8. On October 20, the whistleblowing site also published a bunch of letters sent to or by Barack Obama before he became US president.

Earlier, Wikileaks said that US presidential candidates Hillary Clinton and Donald Trump have mentioned "Russia" and "Putin" at the debates more often than any other subject.

Red baiting opponents 2016 style: "Russia" and "Putin" were mentioned more times during the US presidential debates than any other subject. pic.twitter.com/HcTLUjGmYz

According to WikiLeaks statistics published on its Twitter account, "Russia/Putin" was mentioned 178 times in total over the course of the presidential debates this year.
Newsfeed
0
Access to the chat has been blocked for violating the rules . You will be able to participate again through:∞. If you do not agree with the blocking, please use the feedback form
The discussion is closed. You can participate in the discussion within 24 hours after the publication of the article.
To participate in the discussion
log in or register
loader
Chats
Заголовок открываемого материала