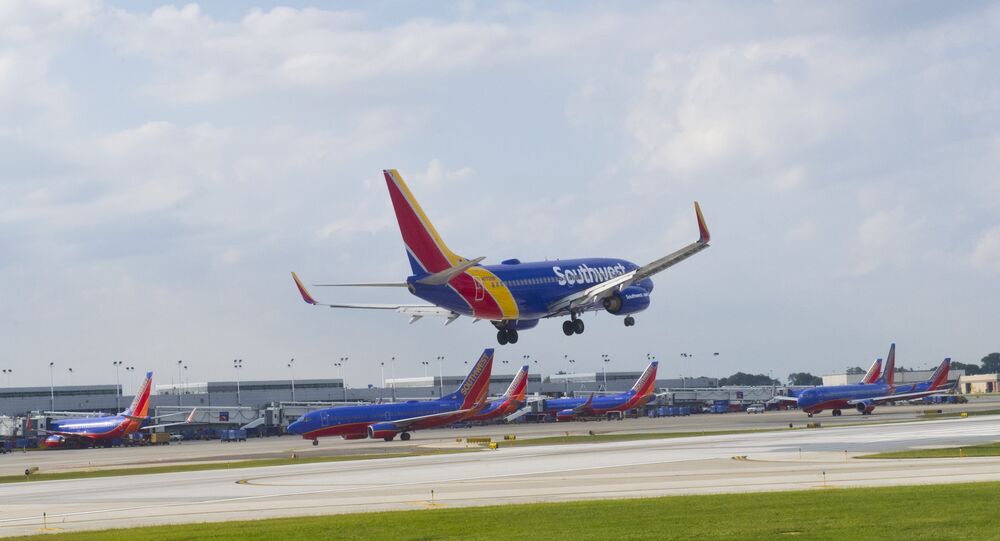 The San Francisco/Bay Area chapter of the Council on American-Islamic Relations is requesting a federal investigation and has filed a complaint against Southwest Airlines for allegedly kicking a passenger off of a flight for speaking Arabic.

© Photo : Pixabay
New York Ad Campaign Aims to Fight Anti-Muslim Violence
The incident reportedly took place in April, as Khairuldeen Makhzoomi, 26, a college student at the University of California, Berkeley, was wrapping up a phone call with his uncle before the flight departed. They concluded the call with the common phrase "Inshallah" meaning, "God willing."

A passenger overhearing the conversation reported it, and within two minutes Makhzoomi was escorted from the plane for questioning by an Arabic-speaking Southwest Airlines employee.

"One guy came with police officers within two minutes — I can't believe how fast they were — and told me to get off the plane," Makhzoomi told CNN.

The airline employee reportedly asked him why he was speaking in Arabic considering the “political climate.”

© AP Photo / Lefteris Pitarakis
‘Misusing Freedom’: Muslim Women in India Demand End to Shariah Courts
After the questioning concluded, Makhzoomi was still not permitted to reboard the flight, but was given a full refund.

"We write to request a federal investigation on behalf of our client, Mr. Khairuldeen Makhzoomi, who was removed from a Southwest Airlines fight for speaking Arabic while sitting in a plane,” CAIR wrote to US Department of Transportation Office of Aviation Enforcement and Proceedings.

CAIR has stated that the incident was one of both racism and religious profiling.

“By removing Mr. Makhzoomi from his flight solely because he spoke in his native Arabic language, Southwest Airlines discriminated against Mr. Makhzoomi in violation of 49 U.S.C.S. § 40127(a), which prohibits an air carrier from subjecting "a person in air transportation to discrimination on the basis of race, color, national origin, religion, sex or ancestry,” CAIR continued.