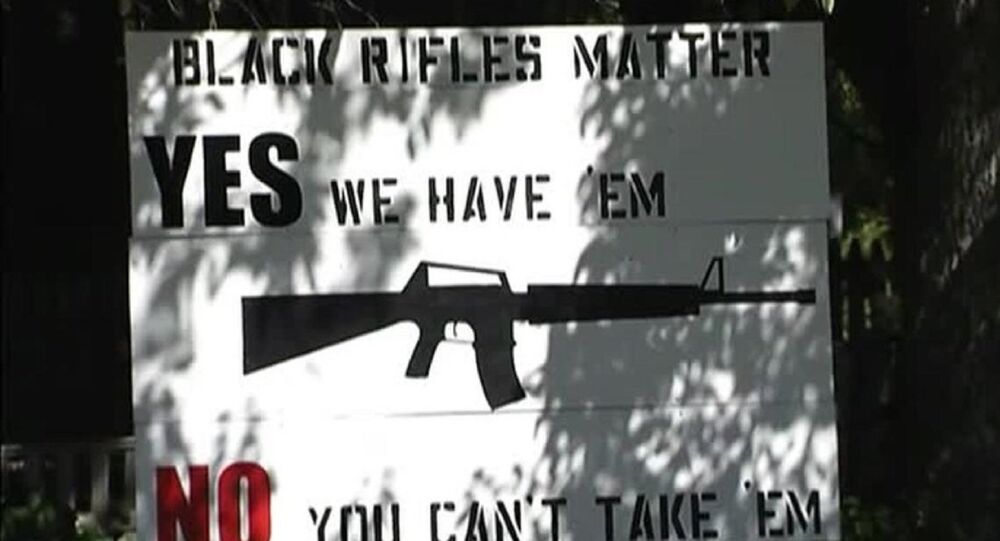 The sign that reads "Black Rifles Matter: Yes, we have 'em. No, you can't take 'em,” is causing an uproar as the town worries that it will affect tourism.

© REUTERS / Adrees Latif
Black Lives Matter Protest Hillary Clinton in Philadelphia
Linc Sample, the Boothbay Harbor resident who created the sign, insists that it has nothing to do with race and is simply a rallying cry in support of his interpretation of the Second Amendment, but many disapprove of his sentiment, given that his expression is a play on Black Lives Matter.

“There have been some people that have asked me to take the sign down and I don't respond to that very well. It's my property, it's my sign. There's been some talk that I have hurt tourism. I don't believe that for a minute,” Sample told local station WGME.

Sample has apparently been posting controversial right-wing signs on his property for years, but was motivated to make this after seeing an ad in a local paper expressing support for the assault weapons ban.

He said he chose the play on Black Lives Matter to make an impact, and believes BLM should be flattered by the play on their words.

Tourists don’t agree with Sample that his imitation is a form of flattery however, according to Boothbay Region Chamber of Commerce Director Rick Prose, who says he has received complaints.

"People are ignorant. [Sample] shouldn't be putting things out like that," Paul Mayor, visiting Maine from Connecticut, told NECN. "It's taking a shot obviously at Black Lives Matter."