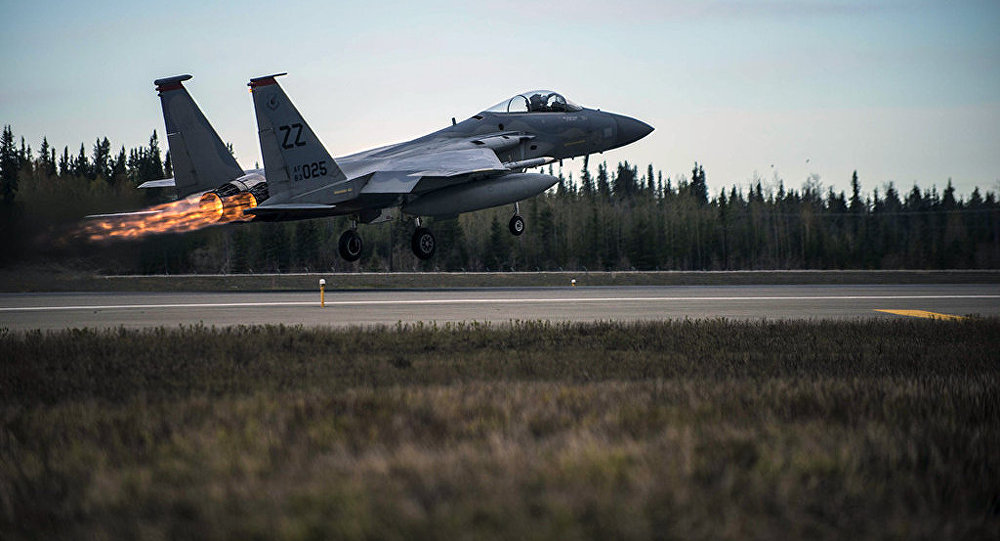 Under the administration of US President Barack Obama, Washington has offered to Saudi Arabia some $115 billion in weapons, according to a report seen by Reuters.

The report, authored by William Hartung, a national security and foreign policy expert at the Center for International Policy, states that 42 separate deals were tabled between the Saudis and the US. The report does not say how many deals were agreed upon, but a majority of the military equipment has not been delivered. The information is taken from the Defense Security Cooperation Agency, a US Department of Defense body. Hartung told Reuters that the report would be made public September 8.

© Flickr / Andrew Parsons/ i-Images
Thousands of Dead Yemeni Civilians Not Enough to Halt Arms Sale to Saudis for Boris Johnson
These burgeoning weapons sales to an increasingly oppressive monarchy have been slammed by rights groups. At the 2nd UN conference on the global arms trade, held in August in Geneva, the Control Arms Coalition called on Western countries, including the US, to halt weapon sales to Saudi Arabia over its actions in Yemen. The Saudis, ruled by a predominantly Sunni clan, have been bombing the Houthi political opposition faction, a Shiite group backed by Iran, who ousted a corrupt puppet government supported by Saudi Arabia and the US. Riyadh came under heavy criticism for targeting bombs on Yemeni civilian groups and structures, including hospitals and schools, killing some 4000 civilians to date. Saudi Arabia blamed the Houthis, claiming that the latter placed military targets in civilian areas.

The Control Arms Coalition stated that the US violated the 2014 Arms Trade treaty which restricts illicit trade in conventional arms. Nonetheless, the US government last month approved a new $1.15 billion arms package to Saudi Arabia.

Hartung suggests that the US can use its leverage to bring pressure on Saudi Arabia to end the bloodshed. He told Reuters, "It's time for the Obama administration to use the best leverage it has — Saudi Arabia's dependence on US weapons and support — to wage the war in Yemen in the first place."

"The more recent deals that have involved resupplying Saudi Arabia with ammunition, bombs, and tanks to replace weaponry used up or damaged in the war in Yemen are no doubt driven in part by the effort to 'reassure' the Saudis that the US will not tilt towards Iran in the wake of the nuclear deal," he said.