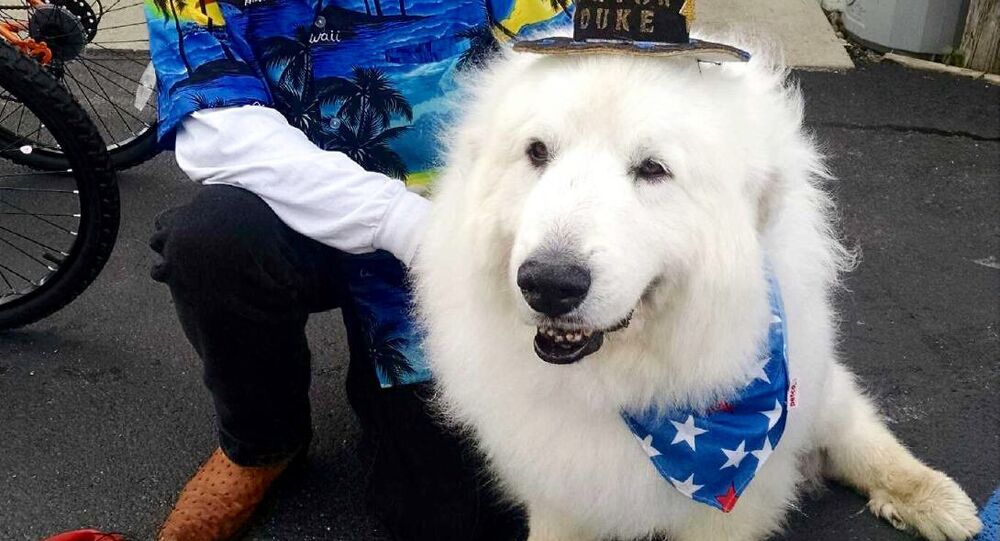 A Great Pyrenees called Duke has been re-elected as mayor of the northwestern Minnesota town of Cormorant, for a third consecutive term.

Duke became a mayor of Cormorant, population 1,000, two years ago. He defeated Richard Sherbrook, the owner of a local store, through write-in votes. Duke was 7 at the time and can now boast of being the first mayor in the US to have taken office at such a young age.

For the third straight year, Duke the dog has been elected mayor: https://t.co/tKLyZPb3eJ pic.twitter.com/j8NYntiUhl

Mayor Duke winning his reelection is the only good thing that's happened in America all year pic.twitter.com/wemlQjg1QM

​The dog won his third election in a row, held Saturday during the 6th Annual Cormorant Daze Festival. Duke attended the event wearing a patriotic star-spangled bandanna around his neck and a small black top hat.

"I don't know who would run against him, because he's done such great things for the community," Cormorant resident Karen Nelson told Detroit Lakes Online.

© REUTERS / Peter Nicholls
London Mayor Khan Backs Labour Leadership Hopeful Smith in Race Against Corbyn
The four-legged reluctant politician reportedly has one of the highest approval ratings in the country, and humans in Cormorant believe that his election was foreordained. According to the dog's owner, David Rick, everybody in town voted for the snow-white pooch, "except for one vote for his girlfriend, Lassie."

Duke was unavailable for an interview, but his spokeshuman said he's fully prepared to take office for his third term.

New 14,900 Clinton Emails Must Be Released Before US General Election