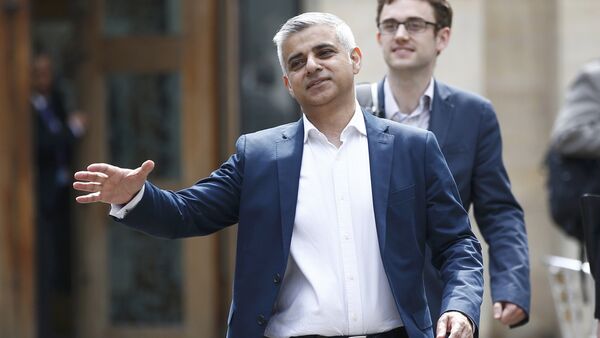 London Mayor Sadiq Khan said Saturday he had decided to back Owen Smith’s bid in the Labour party leadership contest.

MOSCOW (Sputnik) — Corbyn lost a motion of no confidence among parliamentary party members in June and saw half of the shadow cabinet resign in protest at what they claimed was his inability to lead the main opposition party after Brexit.

After much thought I'm supporting @OwenSmith_MP to lead @UKLabour back to power. Here's why… https://t.co/zZ0ydCQvZg

​Writing for the Guardian newspaper, Khan confessed that he had initially wanted to stay neutral but felt that Labour was "extremely unlikely" to win the next general election in May 2020 if Jeremy Corbyn remained its leader.

"Jeremy has already proved that he is unable to organise an effective team," Khan wrote. "We can’t afford to spend another moment fighting each other. We need to put all our efforts into fighting for a Labour government at the next election, and I believe that Owen Smith is the best person to lead that fight."