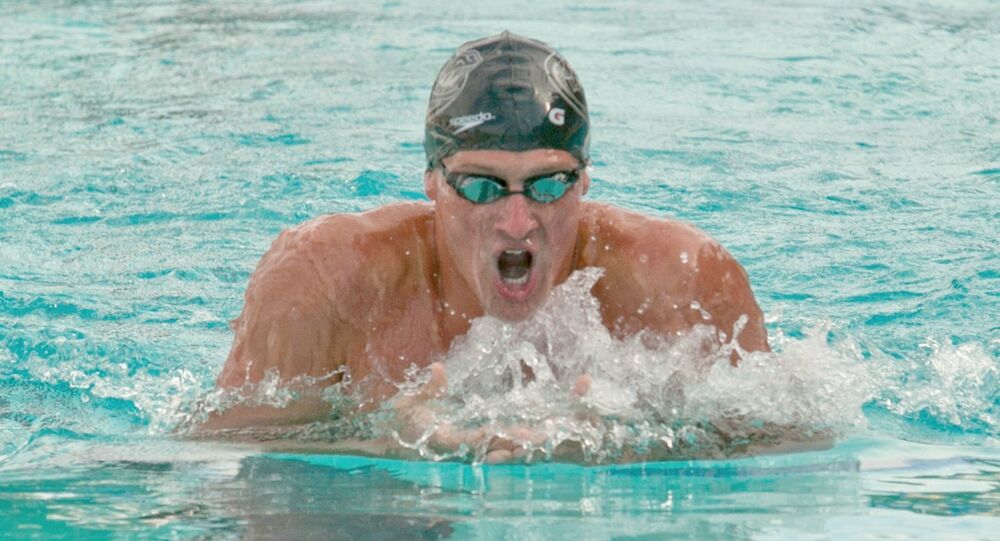 Olympic swimmer Ryan Lochte is back in the United States, despite a Brazilian judge ordering the seizure of his passport, after allegations that the athlete lied about being robbed at gunpoint while in Rio.

© REUTERS / Pilar Olivares
Over 1,000 US Intelligence Officers to Protect US Athletes at Rio Olympics
Lochte, 32, reported that he and three other swimmers were held up by robbers posing as police on their way to a party early Sunday morning.

© Sputnik / Alexandr Vilf
US Swimmer Michael Phelps Sets New Olympics Record by Winning 23rd Olympic Gold
On Wednesday, a judge prohibited Lochte and fellow swimmer James Feigen from leaving the country, after officials noted discrepancies in their stories. Brazilian authorities claim that Lochte reported being robbed by one person, while Feigen claimed there were multiple robbers. Surveillance footage reportedly showed the two swimmers returning to Olympic Village in good spirits and evidently with their belongings, asserting that the men were not acting like people who had just been robbed at gunpoint.

"Judge Keyla Blanc De Cnop, the Special Court of the Fan and Major Events, ordered the dispatch of search warrants and seizure of passports of American swimmers Ryan Lochte and James Feigen,” a statement from Brazilian authorities read. "With this, they are prohibited from leaving the country."

Jeff Ostrow, Lochte’s attorney, responded to the statement saying that he has no information about Brazilian authorities wanting his client’s passport.

"I’m shocked to hear that they would go to such measures in an effort to further investigate the incident as he has been nothing but cooperative with authorities, including sitting for a full interview with the Tourist Police, US State Department, USOC Security, FBI, and anyone else that requested to be present,” Ostrow said. "Ryan is safely back in the United States."

It is currently unknown whether Feigen has returned home.

The Only Russian Long Jumper in Rio Suspended From the Olympics