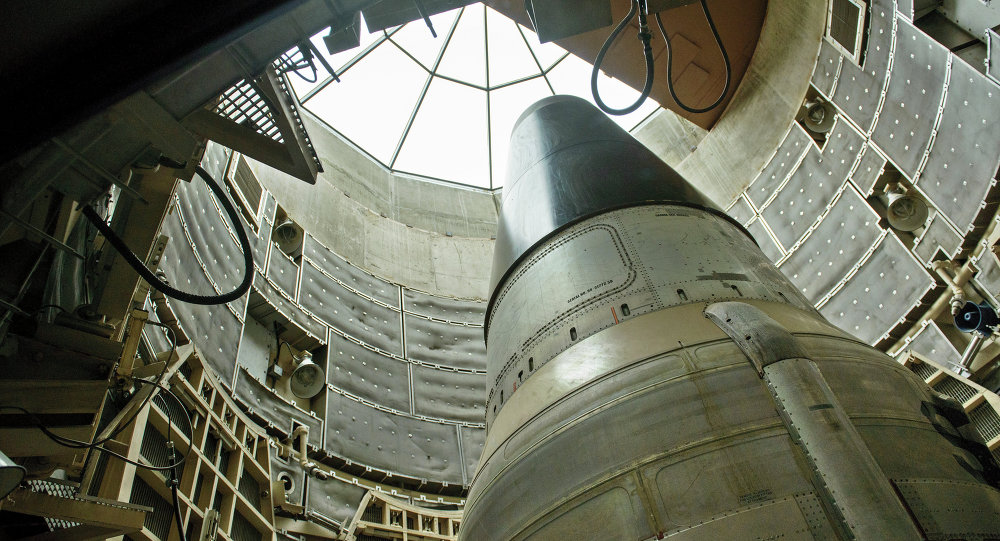 On Wednesday, Republican presidential candidate Donald Trump faced ridicule over newly surfaced details that he had inquired, multiple times, as to why America had to wait to use use its nuclear weapons until another state or geopolitical actor launched first.

"Simply signaling that you’re open to using strategic weapons as a tactical solution rewrites the rulebook," John Noonan, the former national security adviser for both Jeb Bush and Mitt Romney, responded in a viral Twitter rant.

"Nuclear deterrence is about balance. Trump is an elephant jumping up and down on one side of the scale. So damn dangerous."

But while Noonan was right to point out the danger of using nuclear weapons, a first-use policy also appears to be supported by US Air Force Secretary Deborah Lee James.

Speaking to Defense News, James said she would be "concerned" if the US passed a formal no-first-use nuclear policy, something the Obama Administration has been considering over the past month.

"Personally, I have questions about it. I would be very concerned with it," James said. "I imagine we will hear more about [Obama’s nuclear-policy thoughts] in the next few months."

The argument goes that implementing an official no-first-use policy would threaten the foundations of nuclear deterrence, needlessly assuring enemies that the US will not launch an offensive strike. Supporters of nuclear nonproliferation counter that a no-first-use policy would not apply to defensive measures, thereby preserving the idea of deterrence.

James’ comments come amid an ongoing debate over the future of the Long-Range Standoff Weapon (LRSO), a nuclear cruise missile. While a group of congressional Democrats have urged the Obama Administration to abandon the program, arguing that doing so would promote world peace and save US taxpayers $20 billion, the Pentagon disagrees.

"The LRSO weapon system will be a cost-effective force multiplier for B-52, B-2, and B-21 aircraft to credibly deter adversaries and assures US allies of deterrent capabilities," reads a statement from the US Air Force.

The Pentagon has formally called on defense contractors to submit bids to design and build the new missile.