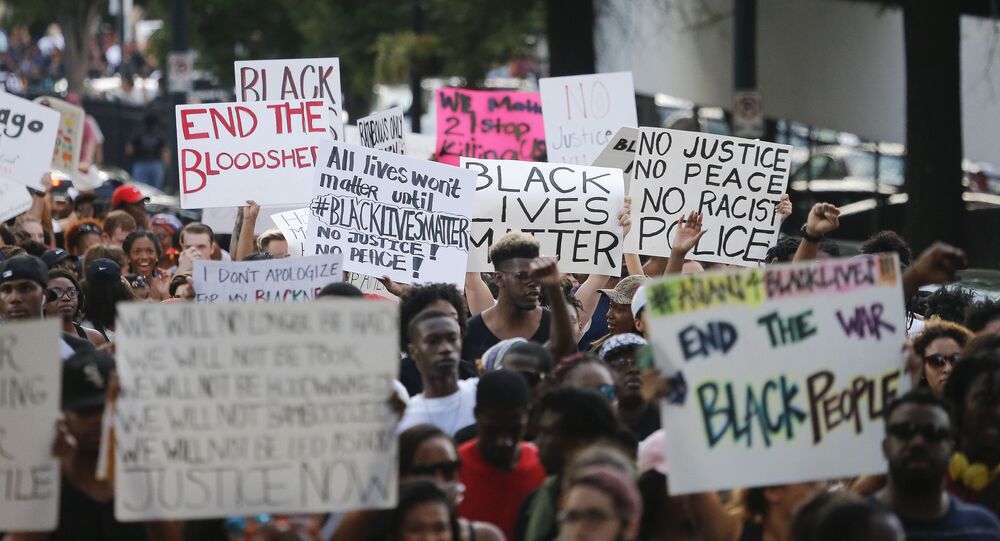 100s of Protesters Arrested This Weekend, But Killer Cops Likely Won't Be

Hundreds of people protesting the police shootings of Alton Sterling and Philando Castile were arrested over the weekend, and will likely spend more time in jail than the officers responsible for those deaths.

Looking at previous trends, as well as police union contracts and similar cases, it appears unlikely that either officer responsible for the shooting deaths will be punished, despite thousands protesting in several major cities. In 2015, 97% of police brutality cases did not result in any criminal charges.

© REUTERS / Jonathan Bachman
Louisiana ‘Reign of Terror’: Cops Fearing ‘Police Purge’ Crackdown Protests
In Baton Rouge, Louisiana, where Sterling was killed in a shooting that horrified the world as it watched a Facebook livestream of his death, a set of policies and a state Officer’s Bill of Rights makes charges even more difficult, ThinkProgress reported on Monday.

Sterling was pinned face down by police officers and shot multiple times in the back, outside of a convenience store where he was selling bootleg CDs on Tuesday evening.

Delayed interrogations which are limited to a “reasonable amount of time,” and allows officers to take breaks to address “personal needs.”

Officers who are interrogated are allowed immediate access to the entire investigation record, which is unheard of in civilian cases.

Taxpayers are required to pay for the officer’s defense costs and all costs associated with misconduct settlements.

Misconduct records are erased after 18 months as long as they do not commit a similar offense in that time, and sustained violations are expunged after five years.

© AFP 2021 / Laura Buckman
When Policing on Twitter Goes Dangerously Wrong: Innocent Dallas Man 'Could Have Easily Been Shot'
The Louisiana police officer’s bill of rights also allows up to 30 days before the interrogation occurs, if the officer seeks the extra time.

“According to 2014 data, there were 35 use of force complaints internally investigated by the BRPD. Within these complaints, 17 were not sustained, 12 were exonerated, one investigation was terminated, and five complaints were still pending. Not one investigation found that an officer had violated policy nor did any lead to charges against the officer,” ThinkProgress reported.

In Minnesota, where people have been demanding justice for Castile, whose girlfriend streamed the bloody aftermath of the shooting live on Facebook, the police officer’s bill of rights offers similar protections, including access to a copy or transcript of the recorded interrogation. The interrogation must also be conducted during their shift, and if it is not, they must be paid for the time they have spent with investigators.

Arrests at protests over the weekend included multiple reporters and photographers, as well as well-known Black Lives Matter activist Deray McKesson, who live streamed his arrest.

Many of those arrested spent nearly 24 hours in jail awaiting their release, almost assuredly a longer period of time than the officers involved in the shootings.

From Baton Rouge to Dallas: Making Sense of a Tragic Week

The Aftermath and Implications of the Dallas Shootings