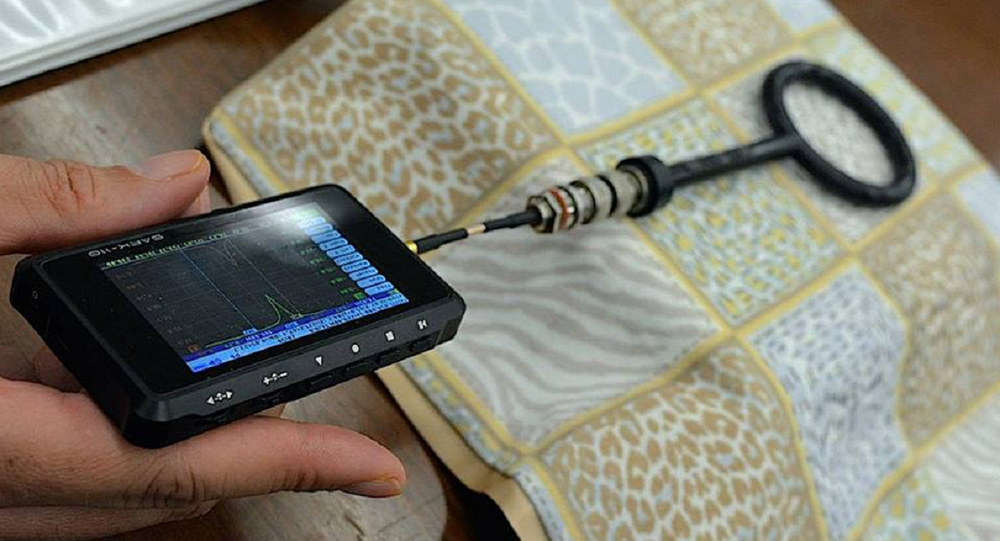 US researchers and entrepreneurs developed “clever” textile that can detect moisture in the air, gauge the outside temperature and even send health alerts.

© CC0 / NASA logo
Indian Students Compete to Design Space Colony Fit for 10,000 People
When an ambitious businesswoman, Susan Bernard, attended the NASA Technology Days in Cleveland, Ohio, and learned about the latest NASA sensors, the idea of creating Textile Instruments was born. The project was about integrating a novel sensor technology into a fabric that would be able to monitor the condition of living beings.

The technology called SansEC, which is short for "without electrical connection," is a sensor that functions using electromagnetic vibrations in the air and does not need to be plugged in or use batteries. Originally developed by NASA Langley researcher Stanley Woodard, SansEC can simultaneously measure different physical phenomena, like temperature and fluid level, and functions even when badly damaged. A remote antenna "interrogates" the sensor and collects the measurements.

At the beginning Woodard imagined using the sensor on space systems such as inflatable habitats or the Mars airplane. However, Textile Instruments is now a NASA licensee for the promising technology. With various embroidery techniques and a multitude of fabrics, the sensors can be virtually added to existing materials, uniforms or weaved directly, creating a highly resonant sensor at a low cost with no additional weight, NASA said in a statement.

Textile Instruments has already made a prototype blanket.

© Sputnik / Alexander Kryazhev
China's 'Great Firewall' Has Around 10 Million Users Tweeting on the Low
"We're able to detect moisture, temperature and movement," Bernard said, "and we recently know how to interrogate the sensor to read heart rate. We're still very much in the research and development on the heart rate."

"The challenge is to find uses for the sensors, creating viable products we will use daily as consumers. Our recent communications with venture capital firms indicate they are clamoring for real prototypes. There is a demand for hardware and we have a viable path to produce them," Bernard added.

This detection system can be used to test for water levels, iron or salinity, blockages, leaks or pipe integrity. The sensors can also be helpful for home security when placed in the floors to provide motion detection. They could detect spoiled food, like milk and meat. The technology is also applicable in the healthcare, sportswear, and military markets, according to Robert Donley, Chief Technology Officer at Textile Instruments.