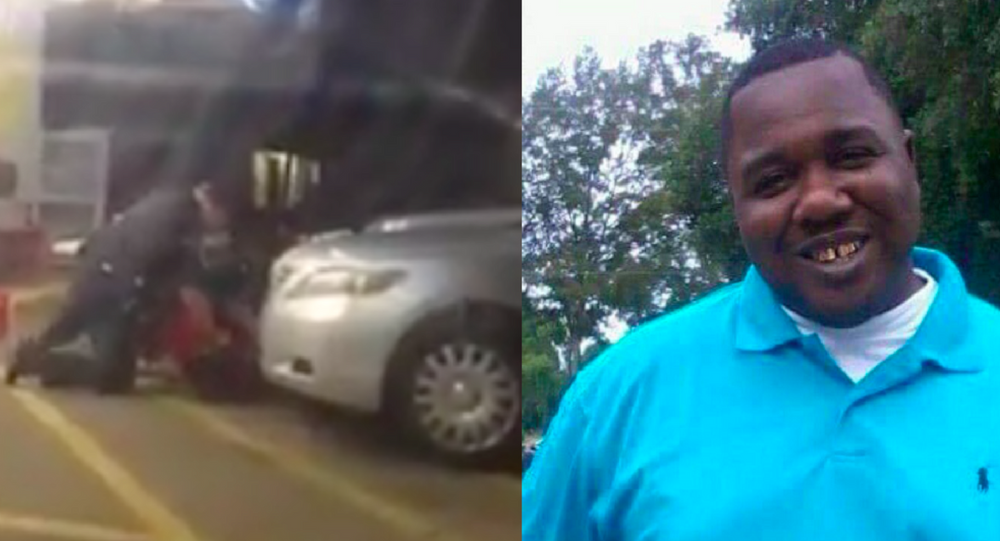 A video recorded by a witness to a killing by police in Baton Rouge, Louisiana, on Tuesday evening has gone viral and sparked massive public outrage, as the police officers responsible for the death claimed that both of their body cameras fell off.

Alton Sterling, a 37-year-old black man, was selling CDs outside of a convenience store, with the owner's permission, on Tuesday evening, when he became the 558th person killed by police in 2016, according to the Guardian’s database, “The Counted.”

In the short video, the father of five is tackled to the ground by two white Baton Rouge police officers, Blane Salamoni and Howie Lake II. Sterling is pinned down by officers and shot at close range moments later.

© Flickr / webhostingreview
Halfway to 2017: US Police Still Killing People at Alarming Rate
“I really wanna know more about what happened, about the whole situation, because my brother didn’t deserve it,” Sterling’s sister, Mignon Chambers told WABF-TV. “He didn’t deserve it at all.”

The video of the incident, which appears to have been filmed from inside of a vehicle that was parked at the store, immediately sparked local protests and widespread national attention on social media.

The two police officers claim they arrived at the scene after receiving a call about someone being threatened with a gun, but the shop owner maintains he finds that hard to believe.

Friends have told the media that Sterling began carrying a gun after another friend, who also sells CDs, was robbed. Louisiana is an open carry state.

"Just five minutes before," Abdullah Muflahi, the owner of the Triple S Food Mart, told CNN, "he walked into the store getting something to drink, joking around, (and we were) calling each other names."

Muflahi witnessed the incident with police and has stated that the officers tased Sterling at least once before shooting and killing him.

"Alton was a respected man. He was beloved in the community. He did not deserve the treatment and this excessive force that was exerted on him by the police department," Jordan, his attorney, told CNN.

"Alton was out there selling CDs, trying to make a living. He was doing it with the permission of the store owner, so he wasn't trespassing or anything like that. He wasn't involved in any criminal conduct," Jordan said.

On Wednesday, Quinyetta McMillon, the mother of Sterling’s oldest child, told reporters that she will not rest without justice, while her 15-year-old son, who witnessed the video of his father’s death, wept beside her.

"The individuals involved in his murder took away a man with children who depended upon their daddy on a daily basis…. As this video has been shared across the world, you will see with your own eyes how he was handled unjustly and killed without regard for the lives that he helped raise," she said.

The preliminary autopsy revealed that Sterling died from multiple gunshot wounds to his chest and back. Both officers have been placed on administrative leave with pay.