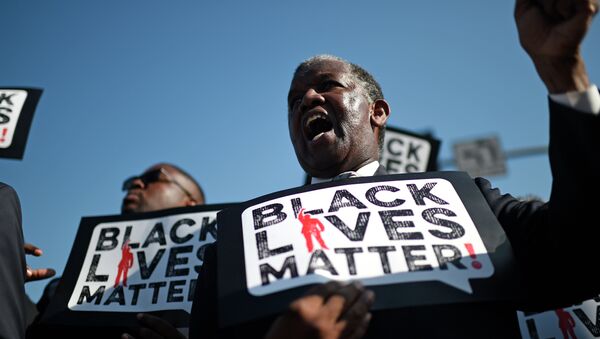 © AFP 2023 / ROBYN BECK
Subscribe
International
India
Africa
Ever since the world heard Eric Garner cry out “I Can’t Breathe” eleven times as he was choked to death by NYPD Officer Daniel Pantaleo, police abuses have been in the headlines every single day.

The subject is endlessly discussed on national television, brought up by politicians in speeches, and fought against by activists in the streets of cities from Los Angeles to Baltimore.  But what has changed?

Visibility has changed.  We know more of the names of victims of police brutality than ever, and now we watch them as they take their final breaths, recorded on witness cellphones or by vehicle dashcams.

The numbers have changed.  But as there is no federal government database to keep track, the only numbers prior to 2015 regarding the number of people killed by law enforcement came from a few departments who volunteered the information to the FBI willingly.

Before 2015, estimates held that around 400 people were killed by police every year.

Thanks to projects such as KilledByPolice.net, launched by a group of activists, and The Counted, a project from the Guardian, we now know those previous estimates were very wrong.

In fact, we now know that 400 people were killed by the first week of May of this year, not even six months in.

On Friday, on the anniversary of Eric Garner’s death, we know that at least 630 people have been killed by police nationwide since January 1, 2015, a mere 198 days ago.  That averages out to approximately 3 people killed per day, every day this year.  A new body every eight hours.

We know that 12 of those sent to their early graves were minors, including 17-year-old Jessie Hernandez, who, though she posed no threat to officers, was shot eight times through a vehicle window, and then had her lifeless body handcuffed.

We know that less than half of the people killed by police had a gun on them. We know that 99 of the people had a “weapon” other than a gun or knife — such as a stick. And we are told that those people could not possibly have been disarmed and kept alive.

So what has changed? Now we know.

But too many officers are not going to trial, too many police departments are shelling out millions of taxpayer dollars in settlements to keep grieving families quiet. And far too often, the brutality continues.