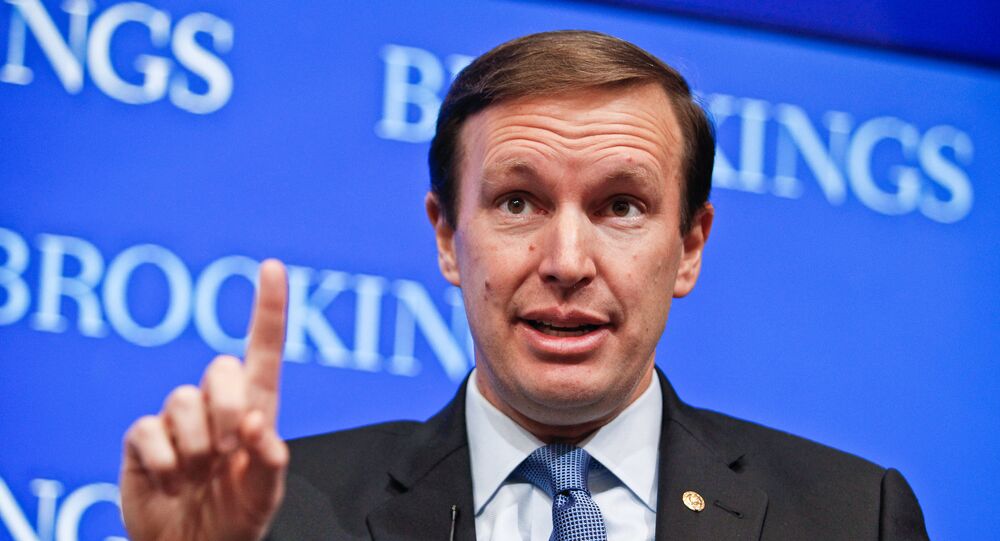 Until the Senate shows it is willing to pass a measure on gun control to curb gun violence in the United States, Senator Chris Murphy of the US state of Connecticut said he will not leave the floor of the Senate.

© AP Photo / Phelan M. Ebenhack
US Democrats May Push for Stricter Gun Control Amid Orlando Shooting – French MP
WASHINGTON (Sputnik) — Murphy started speaking during the time when senators were scheduled to vote on a motion to proceed with a Commerce, Justice and Science appropriations bill for fiscal year 2017.

"I’m prepared to stand on this floor and talk about the need for this body [the US Senate] to come together on keeping terrorists away from getting guns… for frankly as long as I can because I know that we can come together on this issue," Murphy said on Wednesday.

Murphy started speaking during the time when senators were scheduled to vote on a motion to proceed with a Commerce, Justice and Science appropriations bill for fiscal year 2017.

© AP Photo / Susan Walsh
Obama Urges Better Gun Control, Assault Weapons Ban After Orlando Shooting
One of the measures Murphy said he wants the Senate to pass is a law preventing anyone on the US government’s no-fly list or the FBI’s terror watch list from buying a firearm.

Gun violence and tougher gun control laws are part of the political debate in the United States in the wake of multiple mass shootings in the past several years.

While the Second Amendment to the US Constitution guarantees the right of US citizens to keep and bear arms, there are calls for renewed gun laws in the wake of Sunday morning’s mass shooting at an Orlando, Florida nightclub which left 49 dead and 53 others injured.