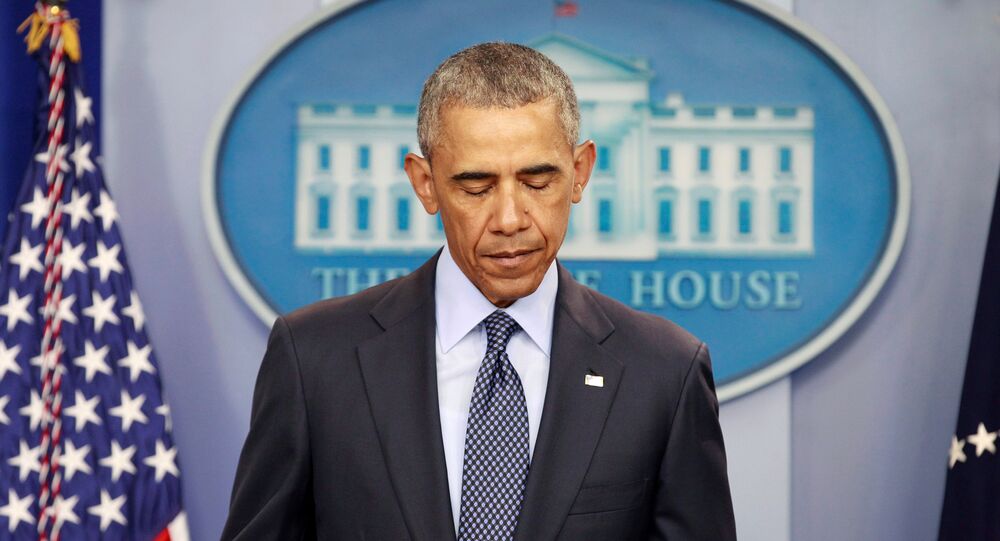 US President Barack Obama will hold a meeting on Monday with heads of country's main counter-terrorism bodies to discuss the investigation of the deadly shooting in Orlando, the White House said.

The officials are expected to provide the information over the investigation of the shooting in Orlando, according to the White House.

On Sunday, US national Omar Mateen killed 50 people and injured 53 at Pulse gay nightclub in Orlando. The shooter was killed by the police at the scene of events. Obama called the deadly shooting in Orlando an "act of terror, act of hate," though the FBI said it had no immediate proofs of any direct ties between Omar and any foreign extremist groups.