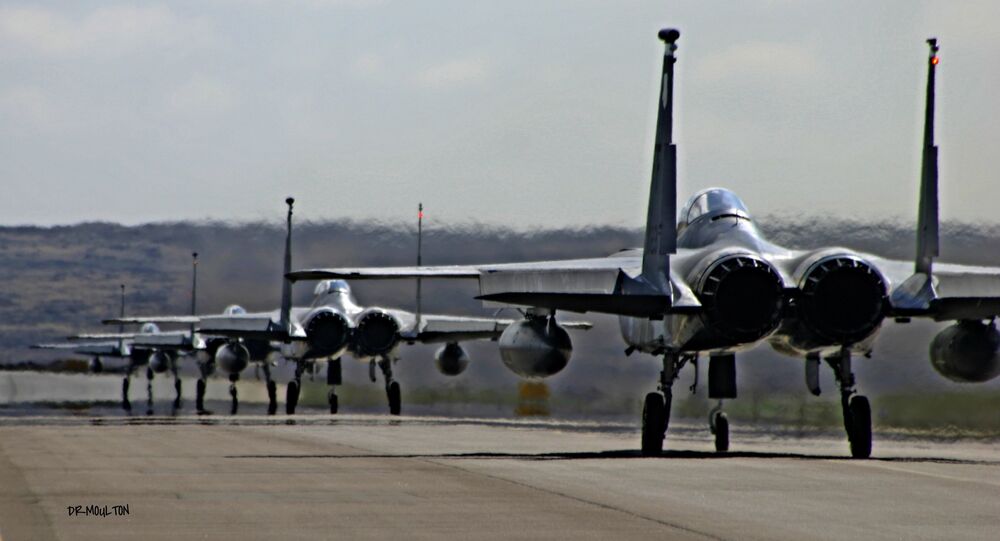 According to the Pentagon, the US Air Force will not be able to afford the fighter jets they desire past 2021, unless their current budget is raised.

US Air Force / Senior Airman Matthew Bruch
US Deploys F-15 Fighter Jets to Boost NATO’s ‘Aerial Tripwire’ in Europe
The finding was part of a Pentagon 30-year aviation, inventory and funding report, which determined that the US military is retiring more fighter aircraft than they are obtaining, Defense One reported on Monday.

The report also explained that after 2021, inventory will continue to decline until it hits the lowest point in 2031.

“The Air Force has insufficient resources to maintain the FY 2016 NDAA mandated number of fighter aircraft (1900) beyond the 2017-2021 FYDP. At the current resource levels, projected aircraft service life divestiture outpaces procurement. This will substantially drop the total number of combat coded fighters and fighter squadrons through the 2022-2026 FYDP. The inventory drop will continue until it reaches its lowest level in 2031,” the report stated.

© Flickr / Samuel King Jr
Pentagon: Troubled US F-35 Fighter Jet Needs More Engine Changes
“In the next ten years, the Air Force will continue to modernize the F-22 to address advances in threat systems and technologies to ensure the F-22 remains fully effective against the most challenging air-to-air and surface-to-air threats.”

Last year, Congress mandated that the department must maintain at least 1,900 fighter jets in their inventory after 2021, but the Pentagon claims that they do not have the budget to comply.