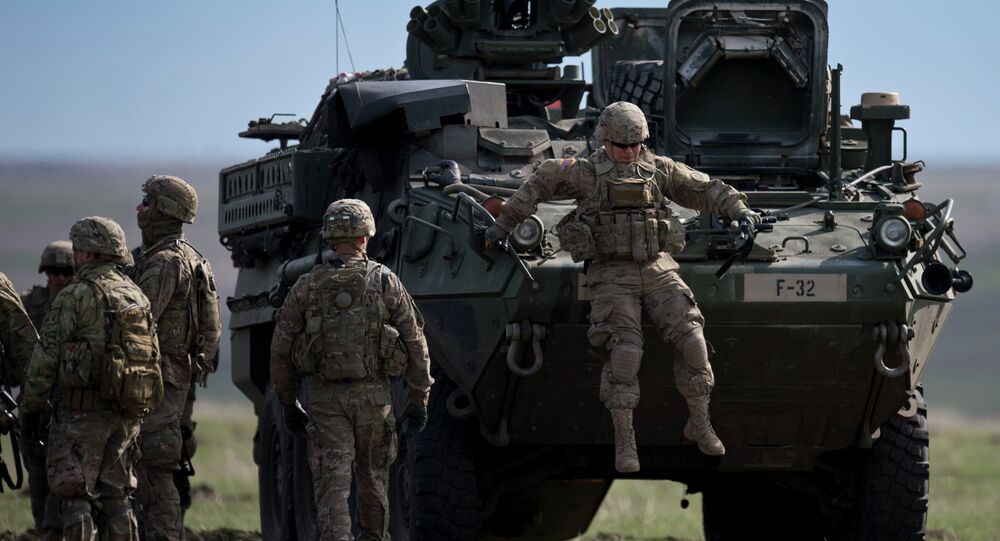 US to Send Fewer Troops to Europe to 'Deter Russian Aggression'

The US informed its NATO allies it would send less troops to Eastern Europe for deterring “Russian aggression” than initially planned, undisclosed military sources revealed to the Wall Street Journal.

© AP Photo / Virginia Mayo
This is Why NATO's Eager to Accept New Members in Balkans and East Europe
According to the report, Washington will supply NATO’s European force with only one battalion instead of the planned two. Earlier it was reported that a total of four battalions would be deployed on NATO’s eastern flank, with Germany and Britain providing one each.

But in the end, the Americans said that its European allies should form the fourth battalion themselves, in order to play a “greater role in their own defense.” The news came amid recent meeting in Brussels, which were attended by foreign ministers of all NATO member countries.

NATO officials were planning to deploy a total of four thousand troops in the Baltics in the framework of an effort to strengthen the military bloc’s presence in Eastern Europe. Those forces were supposed to be divided between Poland, Lithuania, Latvia and Estonia.

© AP Photo / Czarek Sokolowski
NATO Build-Up in Baltics Raises Doubts About Announced 'Reset' With Moscow
The United States Deputy Secretary of State Tony Blinken earlier announced that up to four thousand troops were to be sent to the east of the EU.

NATO’s Secretary-general Jens Stoltenberg said that NATO leadership recommended to deploy multinational battalions to Eastern Europe, but said that the decision regarding their location would be determined during the NATO summit in July.

Russia has repeatedly condemned the NATO buildup on its borders.