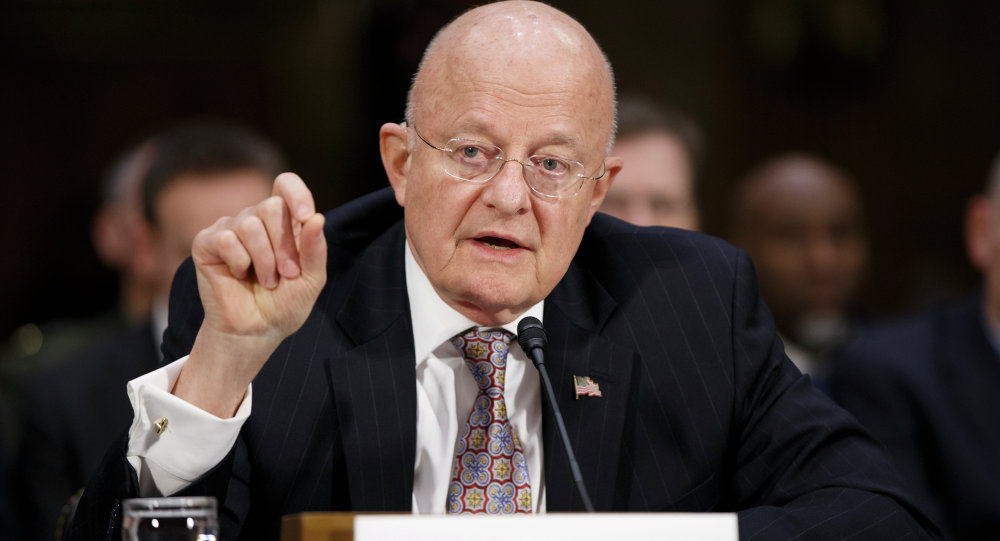 James Clapper Wants to Share US Intel With More ‘Eyes’

The Director of US National Intelligence wants to ease up on materials that are classified “NOFORN,” or “No foreign national may see it,” and extend more intel sharing with US allies.

© AFP 2019 / PAUL J. RICHARDS
NSA Provided Intelligence That Secured Iraq War Vote
Information labeled NOFORN does not mean that it is classified, as it is often information that can be found with a Google search. Many in the intelligence industry have complained over the years that the classification is merely an annoyance.

“When it comes to our Commonwealth nations, it’s my belief we are just going to give up on the whole NOFORN thing and extend dual citizenship and privileges, responsibilities to our Five Eyes partners, wherever we find ourselves in each other’s intelligence footprints,” Clapper said in a speech on Tuesday.

What Clapper is calling for would bring the intelligence community back to the standards of World War II, when the US shared virtually all intelligence with their closest allies, including on nuclear matters, Defense One reported.

During his speech, Clapper also spoke about how, during a sweep of a new facility, intelligence officials “discovered several wireless signals broadcasting out into the world.” It turned out, however, that the signals “were not from foreign intelligence bugs planted in the facility. It was vending machines sending signals they needed to get refilled.”

Clapper also stated that his hearing aid requires security clearance because it is bluetooth-enabled.

“We need to move beyond defending ourselves against vending machines and hearing aids,” Clapper said.

To help change how things are done at the agency, Clapper has instituted “continuous monitoring” of people with top security clearances — acknowledging that most security risks come from US nationals with legal access to sensitive materials.

He hopes that by getting rid of the NOFORN label, it will free up resources, cutting around 600,000 clearance requests.