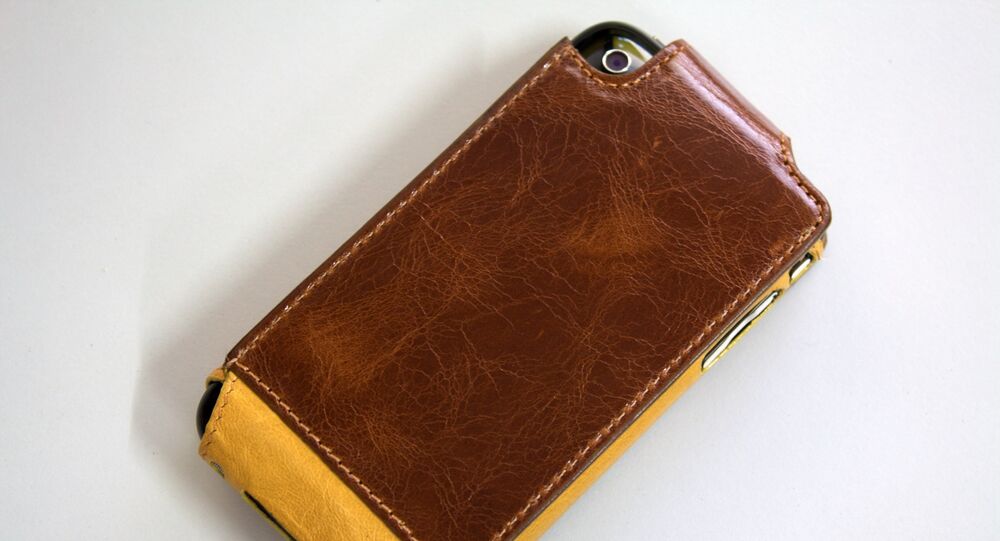 A Chinese leather goods company has emerged victorious from a copyright dispute in which technology giant Apple objected to its use of "iPhone" branding.

The company, which registered its trademark in China in 2007, will continue to sell iPhone branded handbags, phone cases and wallets, following the Beijing Municipal High People's Court ruling. The decision is the latest in a long running trademark dispute with the company Xintong Tiandi, which Apple first took on in 2012.

© AFP 2020 /
In the Wake of FBI vs. Apple: Just How Secure Is Your iPhone?
China is of course important to Apple, it is the tech giant's second largest market outside of the US.

This however, is not the first time that Apple has found itself embroiled in a trademark dispute, the company was ordered to pay US$60 million to end a disagreement with Shenzhen Proview Technology over its ownership of the "iPad" name. So bitter was that particular dispute, that Chinese authorities were actually asked to seize iPads as a means to force Apple's hand.

Apple has earned itself a reputation over the years for being litigious.

For example, it spent a considerable amount of time in the courts battling with its biggest competitor in the smartphone industry giant Samsung, wherein both companies have accused the other of a variety of patent infringements.

© Flickr / Andy
iSuicide: 25-Year-Old Apple Employee Shoots Himself in California
The American multinational company famously sued Microsoft during the early 90's, accusing Windows of infringing on its Graphic User Interface, whose elements were similar to Mac's operating system. The court ruled against Apple however, saying they could not get "patent-like protection for the idea of a graphical user interface, or the idea of a desktop metaphor."

Apple spent many years fighting with Yoko Ono — John Lennon's widow — over the company trademark, which overlapped with that of the Beatles' record label Apple Corps. For this reason, the Beatles' back catalog was conspicuously absent from Apple's flagship music platform iTunes until 2007, when both companies finally announced a settlement.

Apple is the world's largest IT Company by revenue, the largest technology company by assets, and the second largest phone manufacturer. Apple is the first US company to have been valued at over US$700 billion, operating 475 stores in 17 countries worldwide.