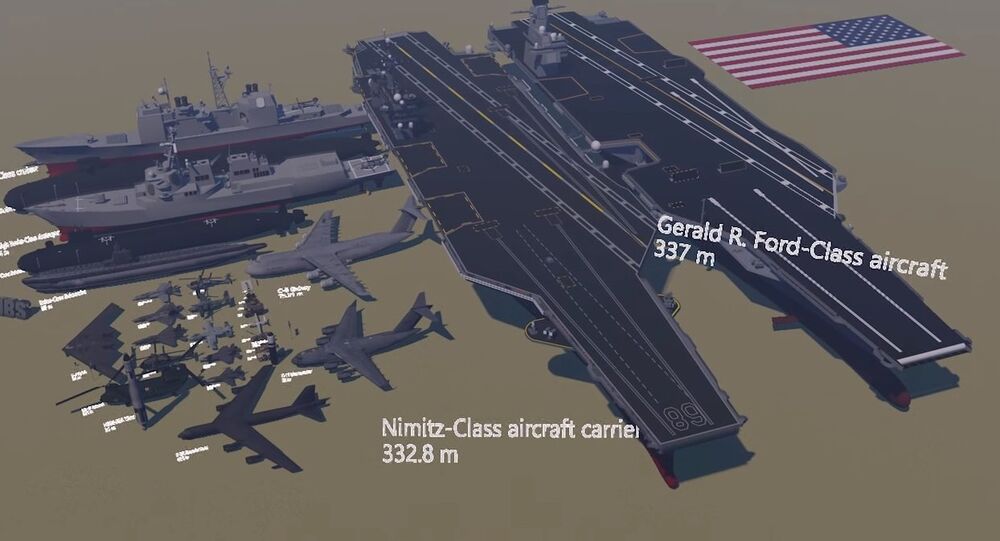 Measuring the US War Machine: How Sizeable It Is

A jaw-dropping clip has emerged on the Internet which reveals a sample of equipment, ships, planes and vehicles from the US arsenal, all lined up from smallest to largest.

The size of the weapons that America uses to expand its military presence around the globe can now be assessed with the help of an eye-catching video which has already gone viral online.

The two-minute computer-generated clip "covers everything from a 1.25-inch bullet to 1,000-plus foot aircraft carriers," according to the website Foxtrotalpha.

Released by the YouTube channel MetaBallStudios, the US Army Size Comparison  video can hardly be called all-encompassing in terms of showing a full variety of US weapons.

"Not everything in the video is technically an Army weapon, but it's still cool to get an idea for the sheer scale of what's in America's military toolbox," Foxtrotalpha said.

US Conducts Weapons of Mass Destruction Drills Near Korea DMZ