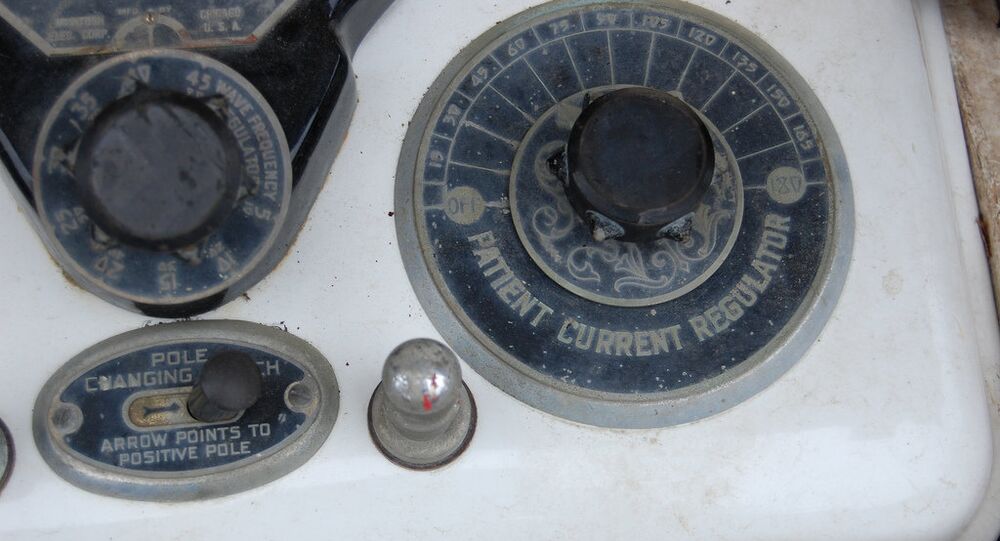 The Food and Drug Administration is moving to ban a controversial form of electro-shock therapy used on children with issues like autism and aggression.

The FDA on Friday proposed a ban on the use of electrical-shock therapy to treat children at the Judge Rotenberg Educational Center in Boston. The facility serves as a school for children with autism, developmental delays, and psychiatric problems.

The shock therapy is commonly used on children who are prone to hurting themselves or others. It involves shocks sent through electrodes placed on the skin.

© AP Photo / Tsering Topgyal
Number of Tortured Children, Adolescents to Grow by 32% in 2016
The FDA says the method is unsafe.

“Our primary concern is the safety and well-being of the individuals who are exposed to these devices,” said Dr. William Maisel, acting director of FDA’s Office of Device Evaluation. “These devices are dangerous and a risk to public health. We believe they should not be used.”

Other states including New York have banned the practice citing risk to injury and lack of evidence supporting that it works.

Proponents of the treatment argue that it’s effective in treating kids with developmental disabilities when all else fails.

In a statement, the Rotenberg Educational Center said that there are “hundreds of peer-reviewed articles on the safe and effective use” of electric shocks, and that they are “only administered when other therapy options have been exhausted and parents and doctors” approve.

They are found “bloodied, they’ve harmed themselves to the point where parents don’t know what to do, and we know we have a potential solution," she said. "The positive behavior support techniques at JRC hadn’t worked, [and] at all other institutions have not worked.”

Several students have complained about burns and post-traumatic stress disorder associated with the shocks. The school is facing many lawsuits.

Number of Tortured Children, Adolescents to Grow by 32% in 2016