Number of Tortured Children, Adolescents to Grow by 32% in 2016 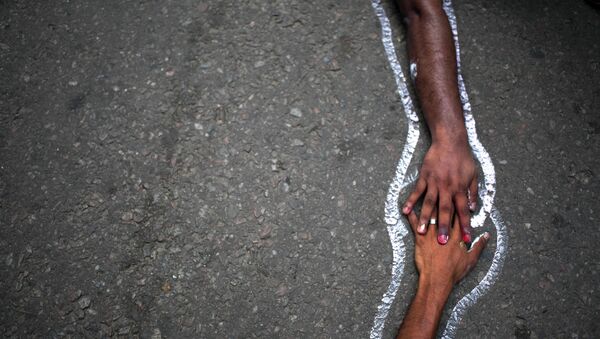 UNVFVT issued in a statement on Wednesday that the number of torture children is expected to increase by 32 percent in 2016 compared with 2015.

UNITED NATIONS (Sputnik) — The United Nations Voluntary Fund for Victims of Torture (UNVFVT) said on Wednesday in a statement that the number of torture minors is expected to increase by 32 percent in 2016 compared with 2015.

"In 2016, 5,279 child and adolescent victims of torture are estimated to be given assistance by organizations funded by the UNVFVT. By contrast, in 2015, the organizations reported assisting 3,995 child victims up to the age of 18. Under an arrangement allowing UNVFVT emergency funding over the past two years, organizations say they estimate helping 52 children this year while in 2015, no children were among the victims given help," the statement reads.

Caliphate Cub Scouts: Daesh Teaching Children to Torture, Kill 'Infidels'
It was added in the statement that the numbers were alarming and there was a strong need to put the focus on the specific needs for rehabilitation assistance to children.

According to the UNVFVT, the fund provided direct help to 57,000 adults and children in 2015 and was expected to assist an estimated total of 47,000 torture victims in some 80 countries through about 180 organizations in 2016.