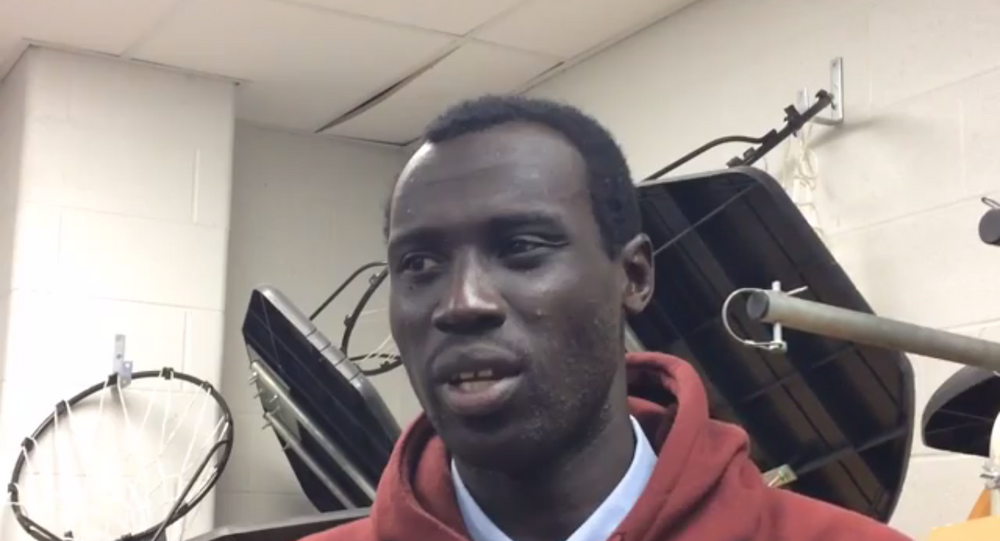 Jonathan Nicola was making it big as a star center for a Canadian high school basketball team during the 2015-16 seasons. There was only one problem. He was a 30-year-old man playing against teenagers.

Harrisburg Police Handout
Ukrainian Arrested for Posing as US High School Student Charged With Rape
A Canadian high school basketball star has been exposed as a 30-year-old Sudanese refugee, and now he’s being detained by the Canada Border Services Agency. Jonathan Nicola was living with Central Catholic basketball coach Pete Cusumano, as part of the Canada Homestay program, while he lived in the country on a student visa.

That visa is likely to be terminated while the 30-year-old posing as a 17-year-old is detained under the Immigration Refugee Protection Act.  The 6-foot-9, 202-pounder spent the 2015-2016 season playing for the Central Catholic basketball team. And no one seemed to notice the discrepancy.

Nonetheless, Windsor-Essex Catholic District School Board spokesman Stephen Fields says he posed no harm to other students while impersonating a teenager.

​“Generally speaking, if we felt at any time that there is any kind of threat to any of our students at any of our schools, and then we would act appropriately,” Fields told the Windsor Star.

He remains in custody at South West Detention Centre awaiting further hearings on his immigration status.

Still, Nicola’s case is not the first incident of a grown man posing as a teenager in a High School.

I'm glad there was a follow up to the Jonathan Nicola story. Who do you believe, here? https://t.co/j1HPAWq5Jw

​In 2009, a 21-year-old Haitian immigrant named Guerdwich Montimere pretended to be a 17-ear-old named Jerry Joseph to get into the Odessa Permian High School basketball team in Texas. He was later convicted of identity theft and sexual assault after developing a sexual relationship with a 15-year-old student while on campus.