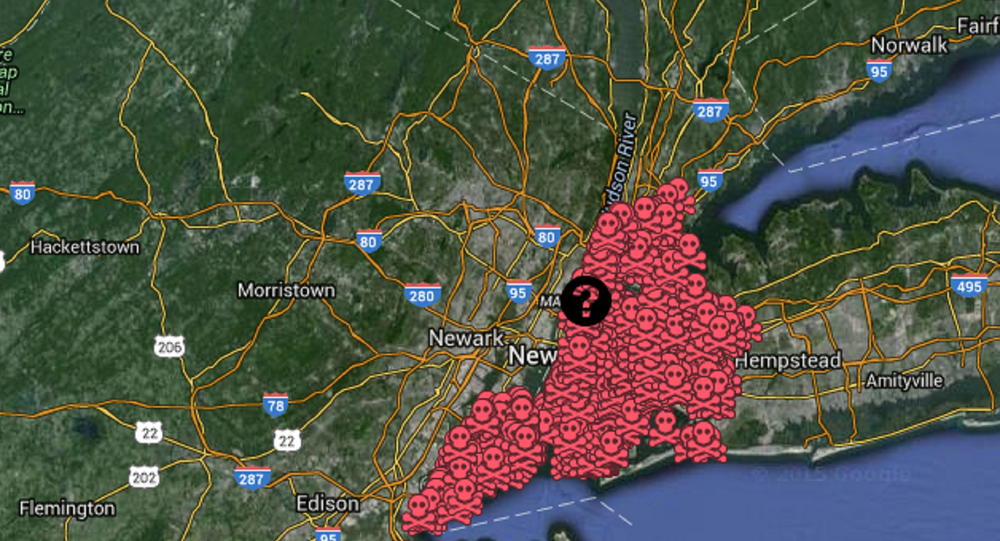 An interactive map has been published online showing which New York City parks and playgrounds are among the 2,748 using Monsanto’s glyphosate-containing Roundup pesticide spray.

© AP Photo / Luis Robayo
Americans With Herbicide-Linked Cancer File Lawsuit Against Monsanto
The data was obtained by Reverend Billy and members of the Coalition Against Poison Parks (CAPP) from the New York City Parks Department.

According to the World Health Organization, glyphosate is a “probable carcinogen” linked to non-Hodgkin’s lymphoma and other cancers, birth defects, and celiac disease, allergies, asthma, chronic fatigue syndrome.

At a meeting Tuesday, Mitchell J. Silver, Commissioner of the New York City Department of Parks and Recreation was presented with the map by members of CAPP.

Monsanto has long fought claims that their product is harmful, despite documentation to the contrary. In January, the corporation sued the state of California to prevent glyphosate from being added to the state’s list of known carcinogens.

© Flickr / Mike Mozart
Tiny Amounts of Monsanto's Roundup Linked to Kidney, Liver Damage
A listing would require Monsanto to provide a "clear and reasonable warning" to consumers that the chemical is known to cause cancer, further damaging Monsanto's reputation and violating its First Amendment rights, the company said.

A report from EcoWatch found that the use of Roundup in New York City has doubled since 2013, and, until now, not all of the parks where it is in use were publicly disclosed, including New York City’s Central Park.

The weed killer grossed Monsanto some $4.8 billion in 2015, and has been the subject of multiple lawsuits alleging that the company has known the dangers of glyphosate for decades.