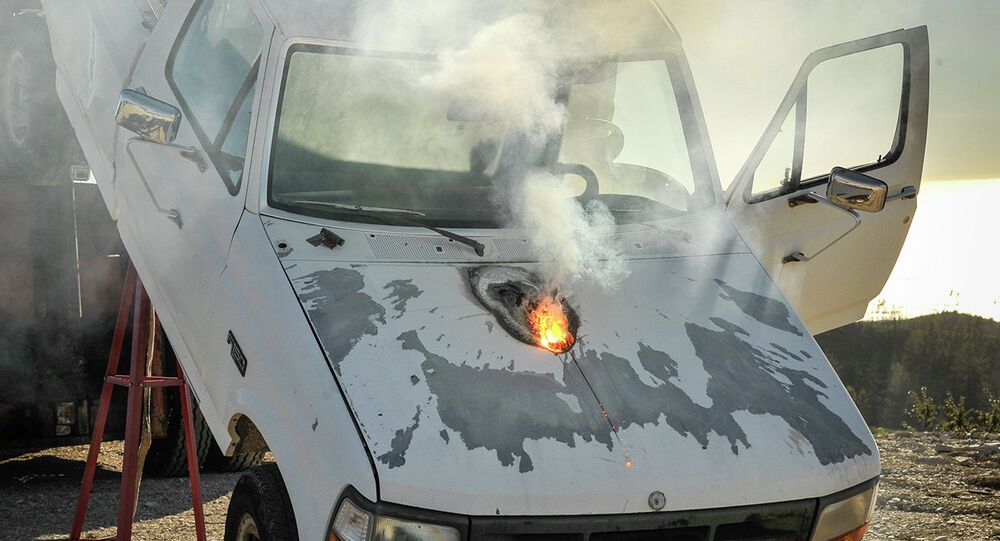 Modern technologies provide for any tactical platforms to be equipped with laser weaponry, the director for Directed Energy Systems at Lockheed Martin said.

DARPA
US to Begin Testing Powerful Airborne Laser Weapons
MOSCOW (Sputnik) — Paul Shattuck confirmed that the company could produce “a viable weapon for fielding,” able to bore a hole into a two-inch-thick piece of steel, if such a need existed.

“The technologies now exist. They can be packaged into a size, weight, power and thermal which can be fit onto relevant tactical platforms, whether it’s a ship, whether it’s a ground vehicle or whether it’s an airborne platform,” Shattuck was quoted as saying by The Defense News on Tuesday.

“It’s just a question of the desire and when is that going to occur,” he pointed out.

Lockheed Martin is a US security and aerospace company headquartered in Bethesda, Maryland, which, according to its website, is engaged in the research, design, development, manufacture, integration and maintenance of advanced technology systems, products and services.