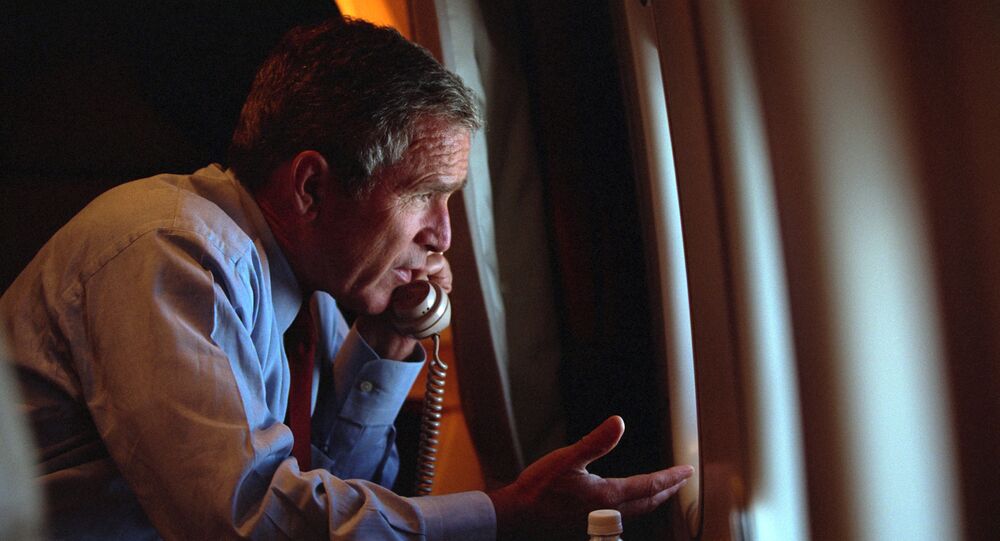 The former mayor of Salt Lake City, in the state of Utah, Ross Carl "Rocky" Anderson, is one of the few courageous US citizens who called for the impeachment of George W. Bush for his responsibility in starting an unjustified war in Iraq. Speaking to Radio Sputnik’s Loud & Clear, he explains why he’s suing Bush-era officials, the NSA, and the FBI.

"…An attack on a country that is not attacking you or about to attack you or one of your allies is an international offense. It’s against the law," Rocky Anderson tells Loud & Clear host Brian Becker, referring to the US invasion of Iraq. "It’s unlawful, it’s a criminal offense under the United Nations charter, and it is an impeachable offense.

The Bush administration’s violation of human rights abroad is an impeachable offense, but its use of mass surveillance domestically is another facet of the former president’s notorious legacy.

"The NSA and FBI, during the Bush administration…had actually captured the contents of every single email of every person in this region, and the metadata from every telephone conversation," he says, describing a discovery made during his time as mayor in 2002.

"This is about what kind of government we have, and do we really want a George Orwellian, 1984, Big Brother government where they can come in and snoop on anything in our private lives and someday use it against us?"

While President Barack Obama had an opportunity to hold Bush administration officials accountable for their actions, he instead chose to overlook their crimes.

"The whole notion that you wipe aside the rule of law – which is at the very core of what a constitutional republic is all about – and at the same time, in doing that, you’re wiping aside any system of checks and balances and separation of power," Anderson says.

"And he [Obama] did it because he had his own political agenda."

Not only has the Obama administration failed to prosecute those responsible for war crimes, but it has also cracked down on whistleblowers who revealed criminal injustices committed by Bush-era officials.

"[There have been] more espionage prosecutions against whistleblowers in Obama’s term than in every other president’s term, combined, before him," he says. "This has to have been, if not the most secretive, closed administration, certainly one of the worst this country has ever seen.

"And one of the clear symptoms of that is the unprecedented prosecution of whistleblowers."

This is blatantly evident in the treatment of WikiLeaks’ Julian Assange. While the United Nations has ruled that Assange is being held arbitrarily, both the US and UK have refused to grant permission for him to travel to Ecuador, where he has been granted asylum.

"The United States has never had regard for international law," Anderson says. "When it comes to engaging in wars of aggression, we [the US] don’t seek out the proper authorization from the United Nations Security Council…we just decide to go it alone.

Evidence Sufficient for Criminal Investigation Into CIA's Use of Torture