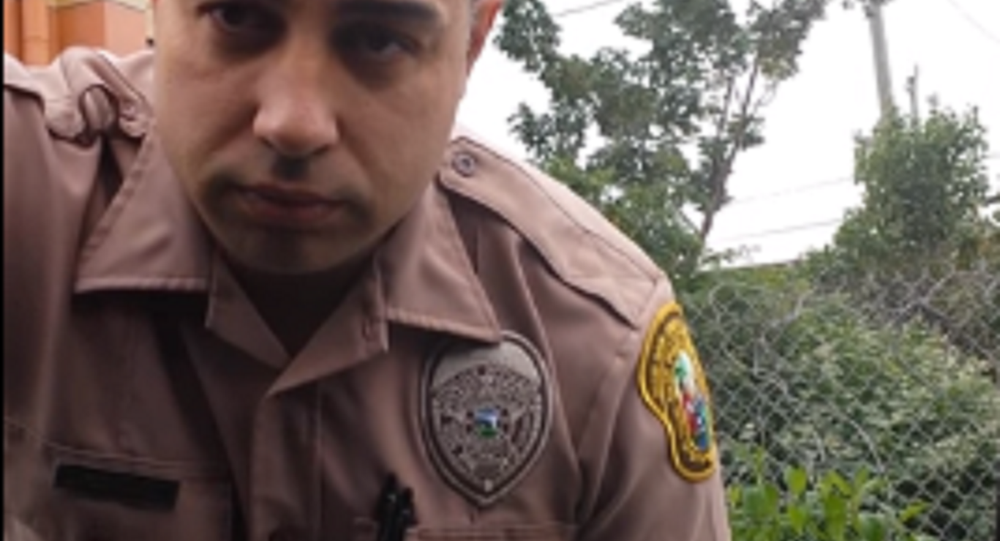 An amusing video, uploaded to YouTube last week, went viral after one brave woman chased down a Miami-Dade police officer for speeding, and, after lecturing him, let him go with just a warning. Now, she is being retaliated against by none other than the head of the Miami Fraternal Order of Police.

© Flickr / Robert Kuykendall
Out of Six People Miami Police Shot in Last Five Days, Only One Was Armed
The reverse traffic stop was posted in a series of videos taken by Claudia Castillo at the end of January, after Castillo saw a cop speed by her at over 90 MPH without emergency lights. The officer claimed he was unaware that he was speeding and was not on his way to an emergency, but was instead on his way to work.

“The reason I pulled you over today,” the woman said to the officer after he walked up to her vehicle in the video, “is because I saw you, since Miller Drive, when you were first jumping onto the Palmetto, and you were pushing 90 miles an hour.”

The officer ultimately apologized for speeding, and asked if Castillo wanted his name and badge number. The encounter was polite and respectful throughout, with everyone behaving like adults, until the head of the police union, with apparently nothing better to do, caught wind of the incident.

Miami Police Lieutenant Javier Ortiz, leader of the Miami FOP, accessed and posted Castillo’s personal cell phone number and photo to the followers of his social media accounts, including about 4,000 cops, PINAC News reported. He instructed his friends to call her, posting: “it’s important that law enforcement is aware of this woman.”

Castillo has reportedly received threats from unlisted numbers warning her that she has a target on her back. Friends of Ortiz have also been sharing photos of Castillo’s boyfriend and children, her work contact information, and creating memes using her photos.

“They say, ‘be careful what you do. You better watch your back. Be careful how you proceed. You better drive very carefully.'”