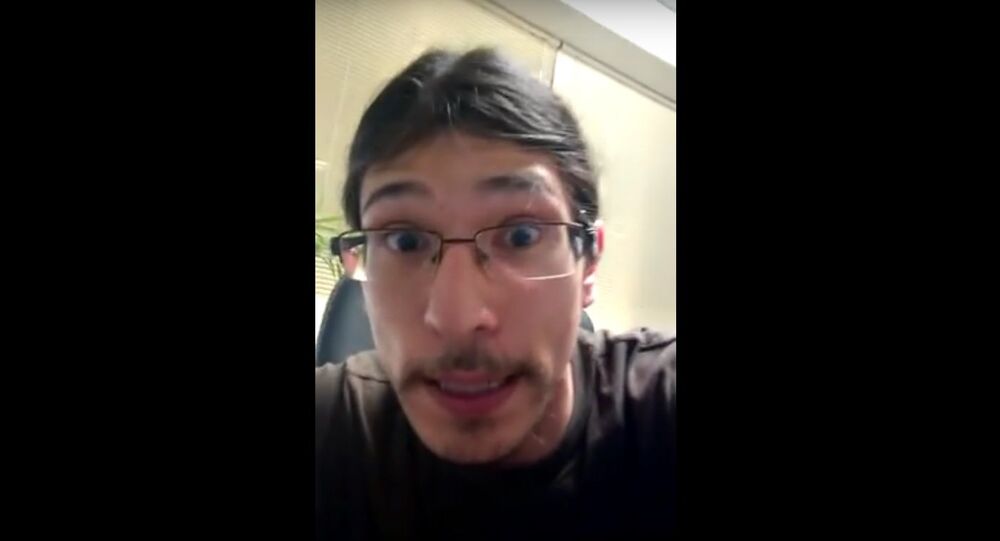 American extremists occupying the Malheur National Wildlife Refuge in Oregon have reportedly recruited a Daesh (ISIL) sympathizer who hacked a government computer to create a rudimentary website for the group.

YouTube/Screenshot
Oregon Militia Called for Snacks, US Public Sent Them 'Bag of D**ks' Instead
Ammon Bundy’s militia group appeared to be using Department of the Interior computers installed at the occupied refuge for their online access, according to a video posted by one of the militants, Oregon Public Broadcasting (OPB) reported.

© AFP 2021 / Rob Kerr
Oregon Republicans Express Support for Militia's Actions
“It was [a] miracle, that I got here,” Fry pointed out. “I’ve had quarrels with the government myself, and I feel there has to be some point where people have to put their foot down against the problems.”