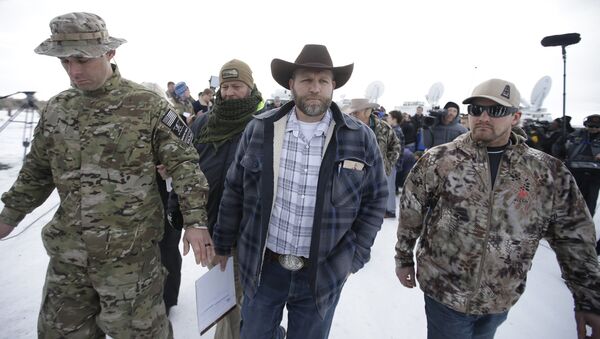 © AP Photo / Rick Bowmer
Subscribe
International
India
Africa
The seizing of US federal land by an Oregon militia is a reaction to the many years of the government abusing its citizens, former Oregon Cattlewomen President Melodi Molt told Sputnik on Thursday.

Trump Campaign Official Joins Armed Militants in Oregon Standoff
On Saturday, the militia group Citizens for Constitutional Freedom occupied Malheur National Wildlife Refuge headquarters after a march in support of local ranchers. The move was made in response to the decision of US authorities to increase the jail time for a local farmer’s family on a charge of arson committed in 2006.