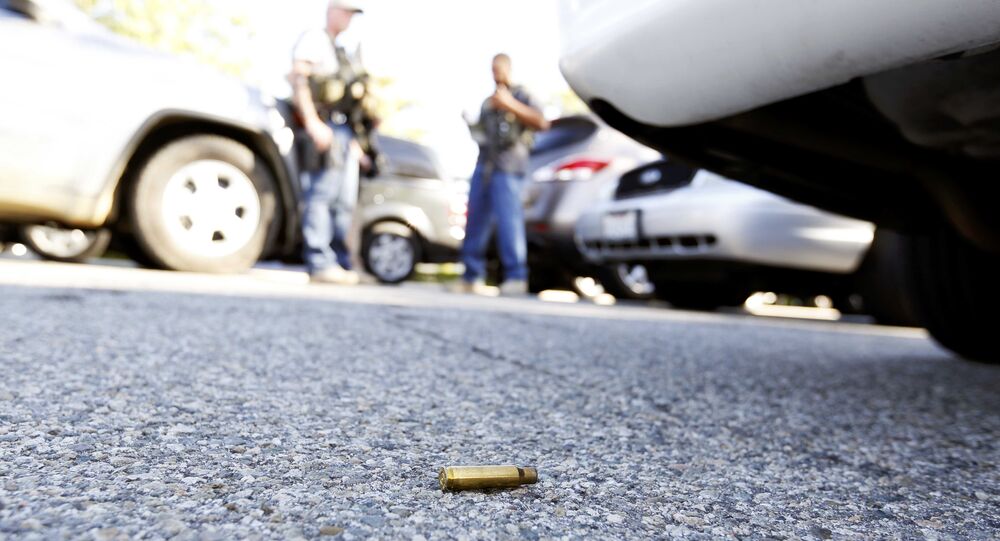 Enrique Marquez Jr., the friend of San Bernardino shooter Syed Rizwan Farook who bought two of the weapons used in the California attack, has been indicted of additional charges, The Los Angeles Times reports citing prosecutors.

MOSCOW (Sputnik) – The total number of charges against Marquez now stands at five and he faces up to 50 years in prison if convicted, the newspaper said on Wednesday.

Marquez was charged with conspiring to support terrorists and unlawfully purchasing firearms that were used in the December 2 attack earlier this month.

© REUTERS / Mario Anzuoni
San Bernardino Gunman’s Friend Charged With Attempting to Support Terrorism
On December 2, Syed Farook and his wife Tashfeen Malik, who entered the United States on a fiancée visa, carried out an attack at a social services center in San Bernardino, California, killing 14 people and injuring 20 more.

Farook and Marquez were neighbors and friends and had planned to launch two separate attacks prior to the December 2 shooting, although the plots were aborted. The semi-automatic rifles used in the December attack were purchased by Marquez in 2011 and 2012, the two years that Farook and his neighbour had selected for the planned attacks.

It is still unclear whether Marquez knew of Farook and Malik’s plans to carry out the December shooting. Prosecutors have not accused Marquez of taking an active role in it.