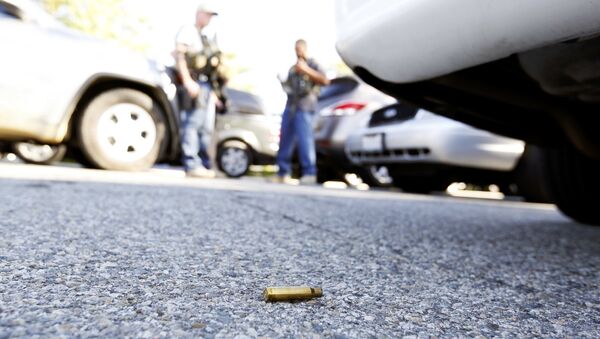 © REUTERS / Mario Anzuoni
Subscribe
A friend of San Bernardino shooter has been charged with conspiring to support terrorists.

WASHINGTON (Sputnik) — The friend of San Bernardino shooter Syed Rizwan Farook has been charged with conspiring to support terrorists and unlawfully purchasing firearms that were used in the December 2 attack, and is expected to appear in court later on Thursday, the US Department of Justice announced in a statement.

"Enrique Marquez Jr. is charged with conspiring to provide material support to terrorists for his role in plotting attacks on American soil in 2011 and 2012, attacks which were, fortunately, not carried out," Assistant Attorney General John Carlin said on Thursday.

On December 2, Syed Farook and his wife Tashfeen Malik, who entered the United States on a fiancée visa, carried out a terrorist attack in San Bernardino, California, killing 14 people and injuring 20 more.

Friend of San Bernardino Shooters Arrested - Reports
Carlin explained that Marquez is also charged with making a straw purchase of AR-15-style rifles and explosive materials for Syed Rizwan Farook, who used them to carry out the December 2 attack.

However, the Justice Department noted there was no evidence Marquez was directly involved in the San Bernardino attack.

Moreover, Marquez has been charged with defrauding US Citizenship and Immigration Services after he married one of Farook’s family members to obtain legal status in the United States in exchange for $200 a month.

In 2011 and 2012, Marquez and Farook allegedly planned separate terrorist attacks, but failed to carry them out, the Justice Department said.