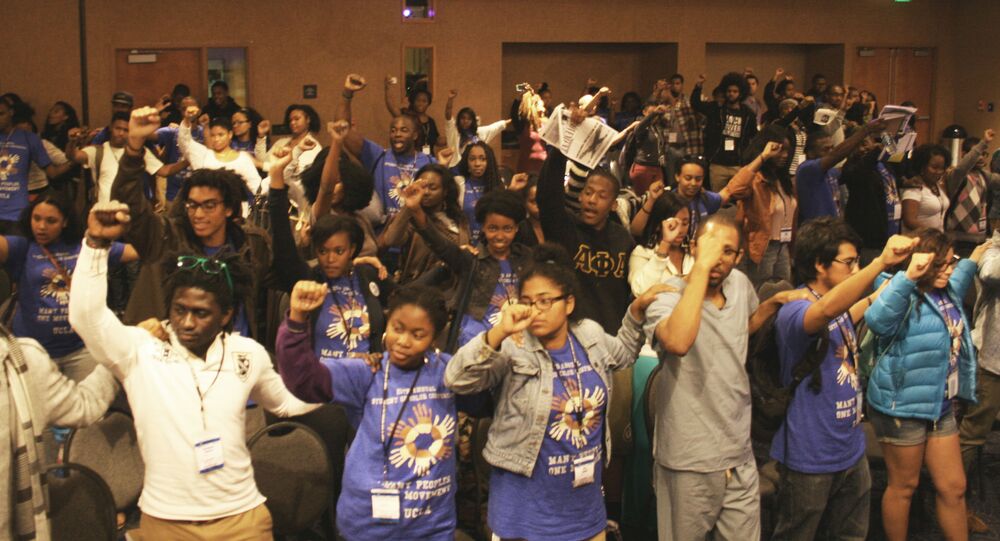 A coalition of black-student groups at the University of California has forced the school to divest some $25 million of shares in corporations that run private prisons.

© AP Photo / Ringo H.W. Chiu
Bernie Sanders Wants to Abolish Private Prisons with New Bill
The Afrikan Black Coalition (ABC), representing the nine black-student groups on it’s several campuses released a statement this week calling for UC to stop investing in private prisons and the corporations that own and manage the facilities. The demand came after ABC released to the public UC’s investments in the private-prison industry in November.

Later on Thursday, a spokesperson for UC’s Office of the President confirmed that the school had acceded to the coalition’s demands and that the shares were sold on Dec. 1.

“The students brought this to our attention, and based on that, we looked at our investments in private prisons, which total less than $30 million, and we decided to sell them — they are gone,” said UCOP’s Director of Media Relations, Dianne Kelin, in an interview with UC Santa Barbera’s student newspaper.

“[The investments were] a practical example of how the UC system doesn’t value black lives or immigrant lives or poor lives because it is underwriting an enterprise that is systematically targeting our people,” Haile told the paper.

© Flickr / Thomas Hawk
Advocacy Group Slams US Private Prisons’ Motives to Expand Incarceration
Next up in the coalition’s demands for responsible investment is to get the educational institution to jettison some $425 million investments with Wells Fargo, a large US bank that owns many shares in corporations that own and run private prisons.

Halie says ABC has been discussing those demands with UCOP Chief Investment Officer of the Regents, Jagdeep Singh Bachher, since August.

“[Bachher] has stated that he wants to partner with us, and we hope that he becomes a good partner in this matter,” Haile said. “We really hope that the UC does the right thing. And if it doesn’t, then it’s going to have to deal with black students.”