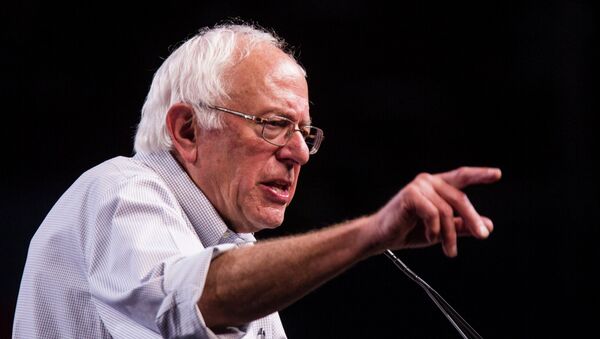 Its not all talk with the rising star of the Democratic presidential contender Bernie Sanders, the senator from Vermont says in September he will be introducing full federal legislation to abolish private for-profit prisons.

The announcement came at a campaign rally attended by approximately 4,500 supporters in Nevada on Tuesday.

“When Congress reconvenes in September,” Sanders said, “I will be introducing legislation, which takes corporations out of profiteering from running jails.”

The senator spoke at length about unfair policies which disproportionately affect people of color and his plan to focus much of his campaign on the War on Drugs.

The senator is sure to face extreme backlash for his plans, as the private prison industry is massively profitable.  Between the two leading prison corporations, Corrections Corporation of America and GEO Group, they bring in over 3 billion dollars annually- much of which is used for lobbying lawmakers.

“We want to deal with minimum sentencing,” Sanders stated at the rally,“too many lives have been destroyed for non-violent issues. People that are sent to jail have police records. We have got to change that. Our job is to keep people out of jail, not in jail.”

While the self-proclaimed democratic socialist once trailed Clinton by over 40 points nationally, he is now within 19 points according to polls released on Friday.

“The campaign contributors are so powerful that no president – not the best – can do it alone, unless millions of people stand up and loudly proclaim that this country and our government belong to us and not just a handful of billionaires,” Sanders proclaimed while speaking on Republican candidates and their mega-donors.

The group “Hookers for Hillary,” a group comprised of sex workers from the “Moonlite Bunny Ranch” brothel in Carson City, Nevada, also made a brief appearance at the campaign stop, but left without causing any interruption.