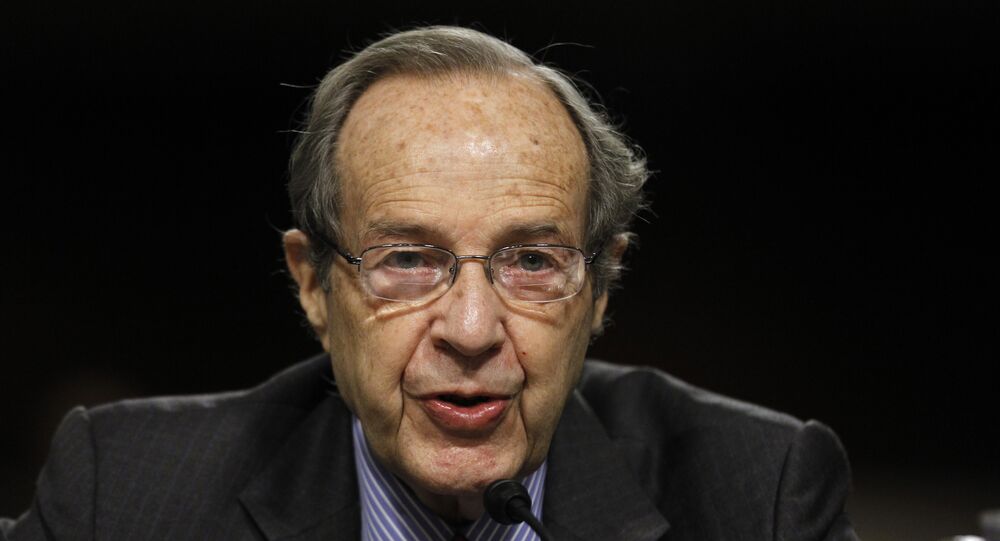 While officials in Washington have repeatedly blamed the souring of US-Russia relations on Moscow’s alleged “aggression,” a former Pentagon chief has admitted that America bears the brunt of responsibility.

Relations between Moscow and Washington are at an all-time low. With various global conflicts driving a wedge between the two nations, the Pentagon has been quick to blame the Kremlin.

“We’ll take all necessary steps to deter Russia’s malign destabilizing influence, coercion, and aggression,” US Defense Secretary Ash Carter said during an Association of the US Army event in October.

But former Defense Secretary William Perry has a more nuanced view of the situation, and believes the United States is largely responsible for the rise in tensions between the two nations.

“It’s as much our fault as it is the fault of the Russians, at least originally. And it began when I was secretary,” he told reporters during a roundtable hosted by the Defense Writers Group on Thursday.

“But if you look over a 20-year period and put the scoreboard together, there are at least as many American mistakes as there were Russian.

Perry served between 1994 and 1997, during the Clinton administration, and he specifically mentioned the expansion of NATO and the US-led campaign in Bosnia.

“We were on the way to forging a really positive and solid relationship between the US troops, and then in 1996, we announced we were going to expand NATO, which, as I said, I’m not opposed to in general, but it was premature,” he said.

"That was the first move down the slippery slope."

Perry also called it “stupid” for the US to halt military-to-military communications during the Ukraine crisis.

"It’s been true for decades – it’s still true today and true not just for Russia, but for China and others, as well – whenever there’s a political upset between the two countries, the first thing that goes is the military-to-military relations," Perry said.

As both Russia and the US-led coalition conduct airstrikes through congested Syrian airspace, military-to-military communication channels are open, but only after officials in Moscow argued that such channels are "important for the avoidance of undesired, unintended incidents."

"We are always in favor of military people talking to each other in a professional way," Russian Foreign Minister Sergei Lavrov said in September, according to Reuters. "They understand each other very well."