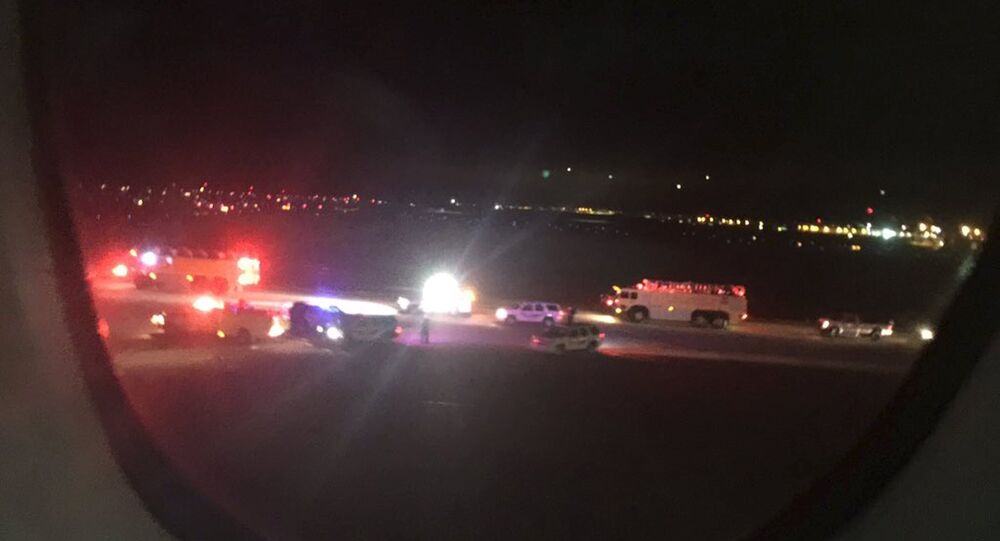 Two Air France airliners en route from the United States to Paris changed course due to a bomb threat on board, local media reported, citing officials.

MOSCOW (Sputnik) — A flight from Los Angeles to Paris was diverted on Tuesday night to the Salt Lake City International Airport after a bomb threat was received from the ground, CNN reported, citing a US government source.

© REUTERS / Christian Hartmann
French Police Kill 3 Terror Suspects During Manhunt for Paris Attacks Ringleader (VIDEO)
Shortly after, an Air France flight from Washington to the French capital was diverted to a Halifax airport, the source said.

The source did not have any information on whether the two threats were called in by the same person.

According to the latest information, both flights landed safely, and passengers were evacuated.

Surveillance Video from Paris Attacks Points to Suspect Unaccounted For