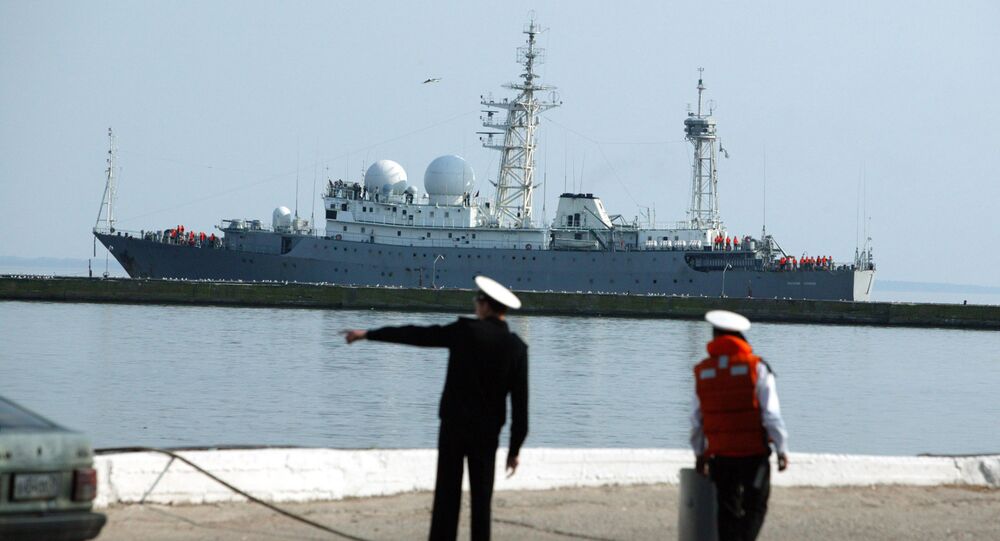 Richardson stated that the United States is currently considering a possible response to an increasing presence of Russian warships in the sea.

© AFP 2020 / OLGA MALTSEVA
Russia’s Growing Prowess Puts US Navy Chief ill at Ease
“How are we going to posture our forces to make sure that we maintain the appropriate balance and are suitably engaged?” he asked during his interview with Financial Times, adding that this is a major issue the US officials are discussing right now.

Russia recently demonstrated its skills by launching cruise missile strikes at targets in Syria from its warships in the Caspian Sea.

According to Richardson, the Russian Navy’s activities range “from the eastern US coast to the Pacific” and raise concerns in the US.

US officials are especially anxious about the fact that the Russian Navy is allegedly watching critical telecommunications cables connecting both sides of the Atlantic, the admiral said.