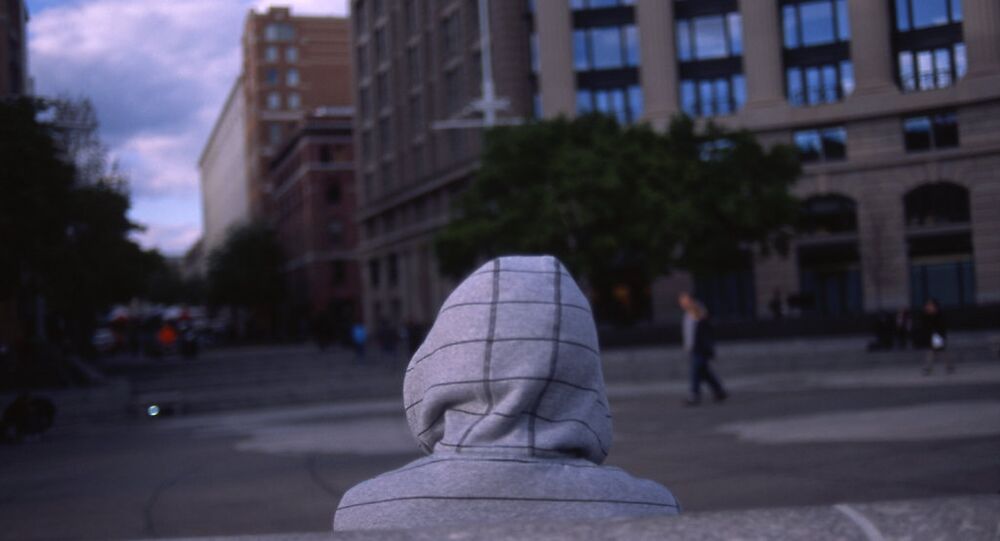 A New York City man has filed a lawsuit after being thrown in Rikers Island for 6 weeks over a theft he didn’t commit, because he matched the vague description of a black man wearing a hoodie.

David Owens had just left his job at Macy’s on October 23, 2012, and boarded a subway train.  When he arrived, he was met with a chaotic scene of an “erratic, possibly intoxicated and definitely hysterical” white woman claiming that a black man had just stolen her backpack.

When the alleged theft happened, Owens was still at his job.  He provided his time-card receipt and even his supervisor's phone number, but that did not seem to matter. The woman, “who officers had to hold up as she spoke,” claimed that he was the culprit.

Owens was then arrested for grand larceny and held on $3,550 bond, which he could not afford, despite his solid alibi. He was held in the jail for six weeks until the case was dismissed due to lack of evidence.  The jail stay cost him his job at Macy’s.

“It messed me up,” Owens told the New York Daily News. “I just hoped and prayed I wouldn’t get killed in there, and I would be able to tell my story so other people wouldn’t have to go through what I did.

Now, Owens is suing the city and Police Officer Anthony Francavilla for violating his civil rights and malicious prosecution.  He also alleges that the city failed to adequately screen and train the officers involved in his arrest.

This isn’t the first time that Francavilla has cost the taxpayers money.  The department previously had to settle another lawsuit involving the officer for $30,000.

In April 2014, Francavilla reportedly attacked a man, throwing him to the ground and threatening his life after calling him a “d*ck,” when the man asked why he was randomly being stopped and questioned at a subway station.

During the five year period from 2006-2011, New York City taxpayers were on the hook for $348 million regarding 6,113 cases of police misconduct.

Last October, Muckrock.com obtained documents that showed over the last five years, from 2009-2014, the NYPD settlements have gone even higher.

With an average of $33,875 paid per closed lawsuit, and a high of $11 million — during that five year period the department has cost the city $428 million dollars in settlements.

Perhaps if people are not concerned with civil rights and police violence, they should start worrying about their own pockets.