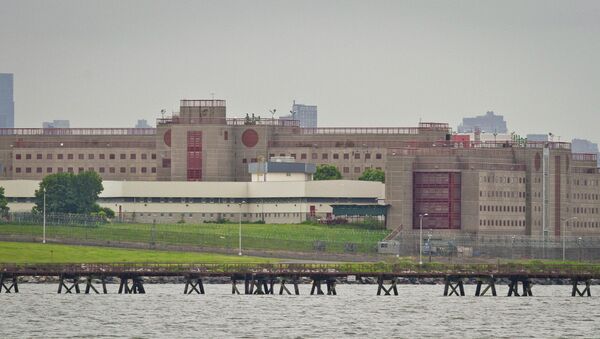 Kalief Browder, the 21-year-old who spent three years at the infamous Rikers Island prison in New York without a conviction, committed suicide at his Bronx family home on Saturday.

Browder was arrested in 2011 when he was 16 for an alleged robbery, an accusation the teen consistently denied. When his family was unable to pay the $10,000 bail, he was forced to remain in Rikers awaiting his trial.

The trial, however, never came. After he turned down a plea, Browder’s time in the notorious Rikers prison became so unbearable, he attempted to commit suicide several times. In one instance, he tried to hang himself with a noose made of bedsheets tied into strips.

The youth spent nearly two years in solitary confinement, and endured beatings from both correction officers and inmates. In April 2012, shocking footage surfaced of Browder being slammed into a cell and pummeled by a correction officer. Other footage showed him being beaten by 10 inmates.

He was released in May 2013, without ever being tried or convicted, after the charges against him were dropped.

Since his release, Browder’s story garnered attention and support from several public figures. The rapper Jay-Z met with him after seeing the footage of his abuse at Rikers and he was invited to appear on “The View” by talk-show host Rosie O’Donnell. His case was also instrumental in prompting New York mayor Bill de Blasio to reform the city jail and stop solitary confinement for inmates under the age of 18.

However, Browder’s life improved little after his release, as his experiences at Rikers continued to haunt him. He suffered bouts of paranoia and depression, triggering more suicide attempts and a subsequent stay at the psych ward in Harlem Hospital.

After noticing a few odd posts on Facebook, Browder’s lawyer, Paul Prestia, contacted him last week to check on him. Speaking to the New Yorker, Prestia said Browder assured him everything was alright.

Only a few days later, Browder spoke with his mother, saying "Ma, I can’t take this anymore." He committed suicide the next day, using an air-conditioning cord to hang himself.

"This case is bigger than Michael Brown," Prestia told the New Yorker, referring to the unarmed teenager who was shot and killed by a police officer in Ferguson, Missouri. "When you go over the three years that he spent (in jail) and all the horrific details he endured, it’s unbelievable that this could happen to a teenager in New York City."