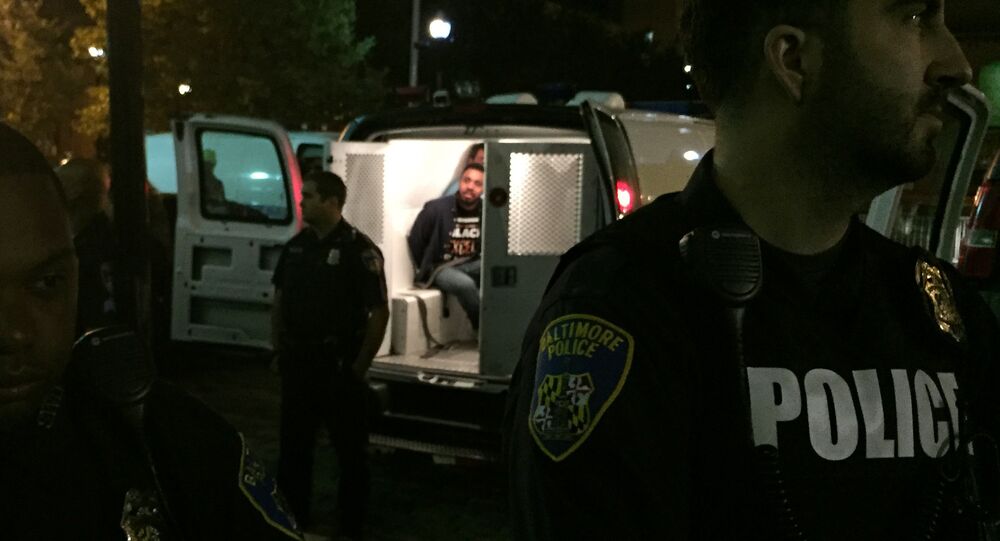 The non-violent protesters who gathered inside Baltimore's City Hall and refused to leave it, were arrested, according to a statement of local police.

© AP Photo / Baltimore Police Department via AP, File
Baltimore Braces: City is ‘Ready’ for 2nd Hearing in Freddie Gray Murder Trials
MOSCOW (Sputnik) — A majority of protesters staging a sit-in at the US city of Baltimore, Maryland, city hall have been arrested amid proceedings on the appointment of a new police commissioner on Thursday, local police said.

The non-violent protesters gathered inside Baltimore's City Hall late Wednesday to oppose a city council subcommittee's decision to give interim police commissioner Kevin Davis the job officially, according to media reports. Protesters remained in the building into the early hours of the following morning, demanding better policing and an end to the use of military-type equipment and tactics against peaceful protests.

After hours of communication and warnings, a small number of protesters inside of City Hall decided to leave the…

A city council subcommittee approved the appointment of Davis as official commissioner, a decision that must now go to the city council on Monday for approval.

© AP Photo / Patrick Semansky
Baltimore Police: Freddie Gray Should Have Received Medical Help
Davis was appointed interim top policeman in July, after commissioner Anthony Batts was fired amid riots Baltimore following the death of Freddie Gray in April from injuries he sustained while in police custody.

The first trial on the case is scheduled for November 30.