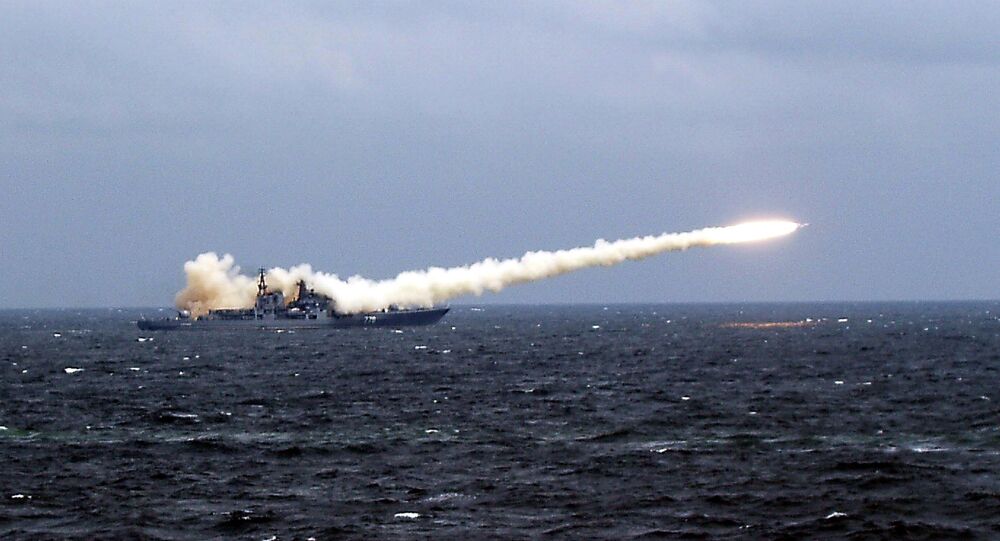 The 26 cruise missiles launched at terrorist positions in Syria by four small Russian warships of the Caspian Fleet have raised many an admiring eyebrow in the West, including that of US journalist and military expert David Axe.

rbase.new-factoria.ru
Russian Long-Range Cruise Missiles 'Particular Challenge' for US Defense
“The raid shocked foreign observers — not the least because the ships involved were so … tiny,” Axe wrote on his War Is Boring website on Saturday.

“One of the biggest surprises for Russia-watchers was the small size of the ships that launched the missiles — 1,000-ton ships. That’s really small,”

"But it’s worth noting that the four ships that launched the cruise missiles are all in the landlocked Caspian Sea. They don’t deploy anywhere, so they don’t need fuel and living spaces for long voyages," he wrote.

According to the Russian Defense Ministry, the attacking ships were Dagestan, Grad Sviyazhsk, Veliky Ustyug and Uglich.

“For perspective, bear in mind that the smallest US Navy surface warship to possess an equivalent weapon, the Tomahawk cruise missile, is an Arleigh Burke-class destroyer that’s 500 feet long and displaces 9,000 tons. And America’s Littoral Combat Ship frigates, which displace 3,000 tons, carry only small, short-range missiles,” David Axe wrote in a comment.