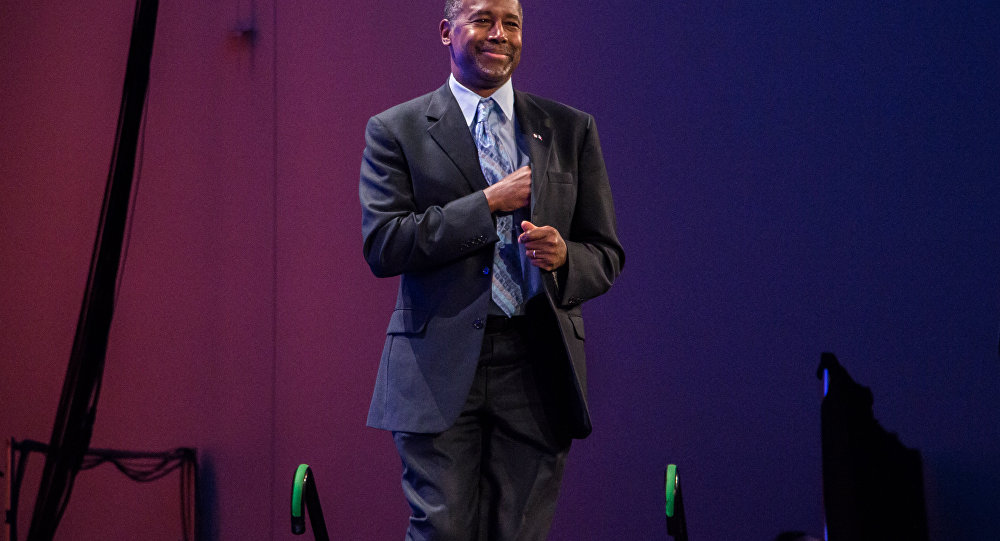 As Republican presidential hopeful Ben Carson comes under fire for saying he would never advocate for a Muslim president, the retired neurosurgeon’s comments are also proving to be quite lucrative, with his super PAC reporting an unprecedented surge in donations to his campaign. 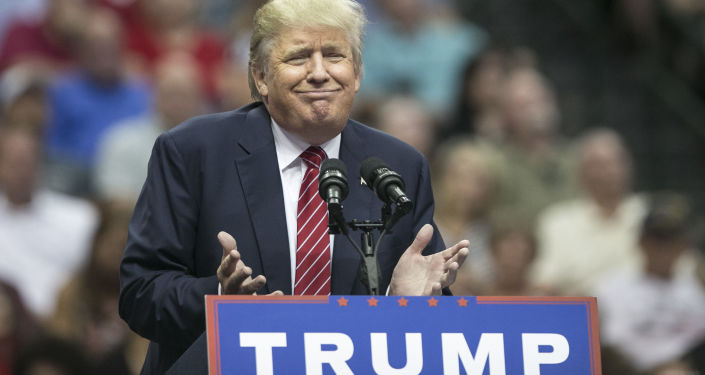 © AFP 2019 / Laura Buckman
White House Officially Slams Republican Party for Racist Antics
When Carson appeared on NBC’s "Meet the Press" on Sunday, he told moderator Chuck Todd that he would never "advocate that we put a Muslim in charge of this nation," claiming that Islam is inconsistent with the United States Constitution. 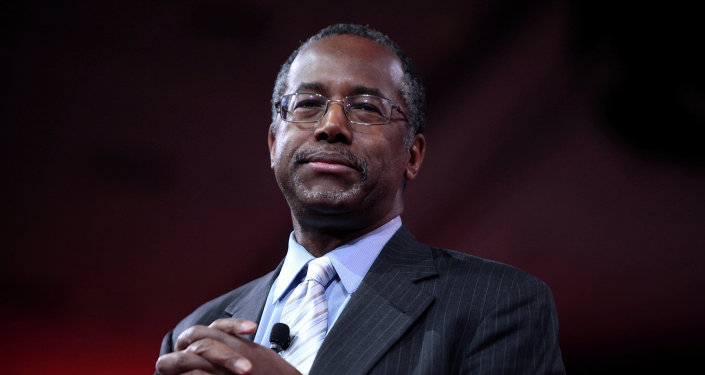 Pope Urges US to Reject Discrimination Amid Carson's Anti-Muslim Remarks