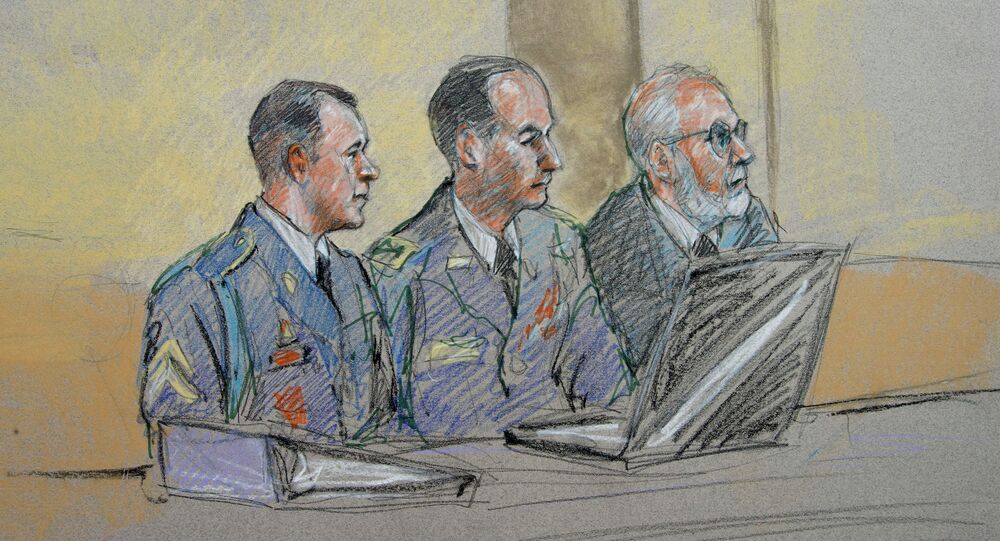 US military prosecutors at a probable cause hearing said Army Sergeant Bowe Bergdahl deliberately left his post and there is enough evidence to try him on charges of desertion and misbehavior before the enemy.

Bergdahl disappeared in June 2009 from a combat outpost in Afghanistan, and was later captured by the Taliban. He was held for five years before being swapped in 2014 for five Taliban leaders held at Guantanamo, in a controversial deal.

© AP Photo / US Army
US Army to Charge Sgt. Bergdahl With Desertion

The Article 32 hearing at Fort Sam Houston in San Antonio, where Bergdahl is based, will determine whether he will face a court-martial.

Prosecutors said Bergdhal had been planning for weeks to desert his post, adding that his fellow soldiers spent about 45 days looking for him in what became a massive search effort.

"I was in shock and utter disbelief that I couldn't find one of my men. That is a hard thing to swallow," Bergdahl's former platoon leader, Captain John Billings, testified at the proceeding, according to Reuters.

Bergdahl's lawyer, Eugene Fidell, said Bergdahl was not trying to desert when he left his post, but instead was trying to locate the nearest general officer so he could report "disturbing circumstances," Reuters reported.

The presiding officer at the hearing, Lieutenant Colonel Mark Visger, will recommend whether Bergdahl's case should proceed to a trial by court-martial or be resolved in another way.