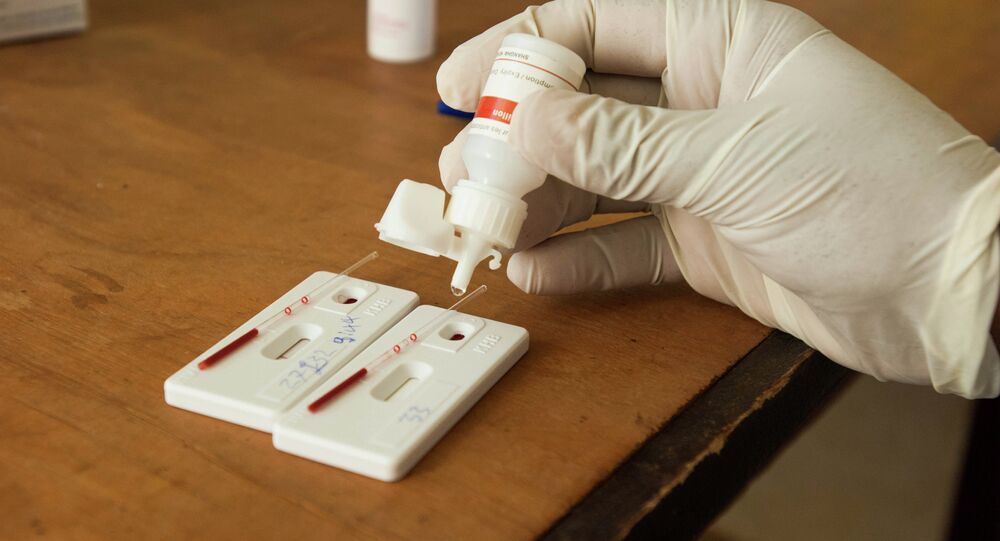 San Francisco’s largest health care insurer has released a promising report on HIV prevention, saying that none of its clients have contracted the virus while taking the pre-exposure prophylaxis (PreEP) pill, Truvada.

© Flickr / University of Liverpool Faculty of Health & Life Sciences
Miracle of Medicine: Scientists Discover Therapy Preventing HIV Transfer
The promising results come from the first real-world study of the prescription drug, in which 657 men were given Truvada through Kaiser Permanente insurance. All but four of the men were gay, according to the study, and none of them contracted the virus between mid-2012 to February of this year.

The results have helped ameliorate the concerns of PreEP critics who argued that pre-exposure pills would likely increase the rate of HIV infections as men would decrease their use of condoms.

"This is very reassuring data,” Dr. Jonathan E. Volk, an epidemiologist for Kaiser and the study’s lead author, wrote. "It tells us that PreEP works even in a high-risk population."

While there were zero cases of HIV infection, around half of the subjects participating in the study contracted syphilis, gonorrhea, or chlamydia within the first year. Though dangerous, these infections can be cured with antibiotics, unlike HIV, which can only be controlled with antiretroviral drugs taken for life.

The study was primarily observational, and unlike clinical trials, which are considered more rigorous, participants were not given placebo pills.

In 2014, a clinical trial for Truvada, nicknamed the Proud study, was conducted among gay men in England. The study found that those who were given a placebo instead of the real drug had nine infections for every 100 “person years” of observation, meaning that the incidence rates of HIV infections were higher. The trial ended early as it was deemed unethical to administer a placebo because Truvada’s effectiveness became unquestionable.

Director of the National Institute for Allergy and Infectious Diseases, Dr. Anthony S. Fauci, similarly highlighted the significance of PreEP in AIDS prevention.

"This shows that the effectiveness of PrEP is really strikingly high,” he said. “And this study takes it out of the realm of clinical trials and into the real world."