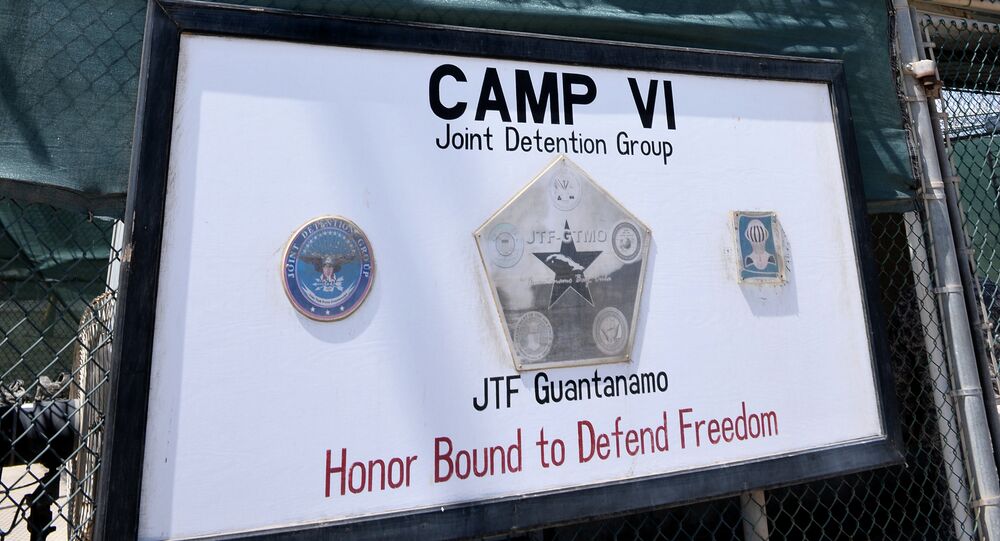 "For the Obama administration the key issue is not any security concern with Cuba about returning the Guantanamo base, it is what the disposition of the Islamic prisoners being held there could be if the facility were closed," Kiriacou said on Thursday.

Guantanamo’s continued importance for the US government was to continue to hold suspects captured in the War on Terror. Therefore, Obama needed a legal strategy allowing him to continue to hold detainees on US territory before he could feel free to close the facility, Kiriacou said.

"If Congress were to agree to take some of the Guantanamo prisoners, those against whom a legal case can be constructed so that they can be tried within the US justice system, then all of these could be transferred to be held in US federal penitentiaries," Kiriakou said.

The real legal problems, he explained, would come in disposing of detainees in Guantanamo who had suffered torture at the hands of CIA officers there.

© AP Photo / ANDRES LEIGHTON
Pentagon Blocking Release of Guantanamo Prisoners Held Without Charge
Kiriacou was a CIA whistleblower who served two and half years in prison for exposing CIA torture.

"Concerning those who have suffered torture at the hands of the CIA, the Justice Department will be unable to prosecute them because the potential evidence against them will all have been tainted," he pointed out.

However, the US government could explore the option of getting permission from the courts to continue holding those who are deemed by the CIA to pose dangerous risks in a military penitentiary in South Carolina, Kiriacou continued.

"If legal approval for such a course of action can be won, then I think the way would be open for the Obama administration to move ahead to close Guantanamo and for President Obama to fulfill his 2008 campaign pledge to do so before he leaves office," he stated.

Kiriacou also noted that Cuban diplomats have remained patient on the issue of Guantanamo and had not allowed the continued presence of the facility on the US military base there to threaten their successful negotiations to restore diplomatic relations with Washington after a 54-year freeze.

"Cuba has been very quiet on the Guantanamo issue. They have not put it in the forefront of their concerns," he said.

However, "There is no doubt the Cubans would like to regain control of the Guantanamo base. After all it is on their territory," Kiriacou concluded.

In December 2014, Obama announced his administration would pursue a path toward normalizing relations with Cuba.

US Unwilling to Return Guantanamo to Cuba Fearing Handover to Russia