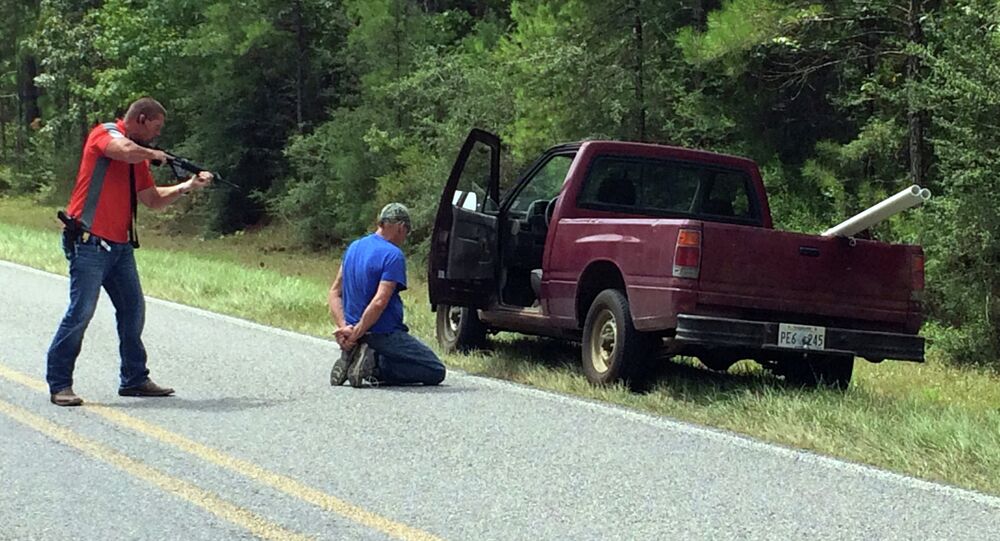 For the second straight day, gunshots were fired Wednesday near a military post in Mississippi where US Army soldiers are in the midst of a training exercise.

Soldiers training at Camp Shelby in Hattiesburg reported that shots were fired into the air around 8 a.m. in the same area where gunfire was reported on Tuesday, Lieutenant Colonel Christian Patterson, a spokesman at the Mississippi Military Department, said in a statement.

No one was injured.

Police have reportedly detained a man in connection to the shooting. Authorities were searching the area Wednesday morning when a maroon truck passed. A shot was heard, and police went into pursuit. The suspect claims he has no gun, and that his truck backfired, WDAM-TV reported.

On both days, the shooter was described as a white man in a red pickup truck who appeared to have fired from a road outside the base.

Mississippi Governor Phil Bryant on Wednesday pledged to deploy all resources available to track down and arrest the suspected shooter.

"The soldiers at Camp Shelby and across the state can and should take appropriate steps to defend themselves as necessary," he said in a statement.

Camp Shelby is one of the sites hosting Jade Helm, a combat training exercise involving more than 4,600 soldiers from the US National Guard and Army Reserve units. The drills are scheduled to continue through mid-August at sites in Arizona, Florida, Louisiana, Mississippi, New Mexico, Texas and Utah.