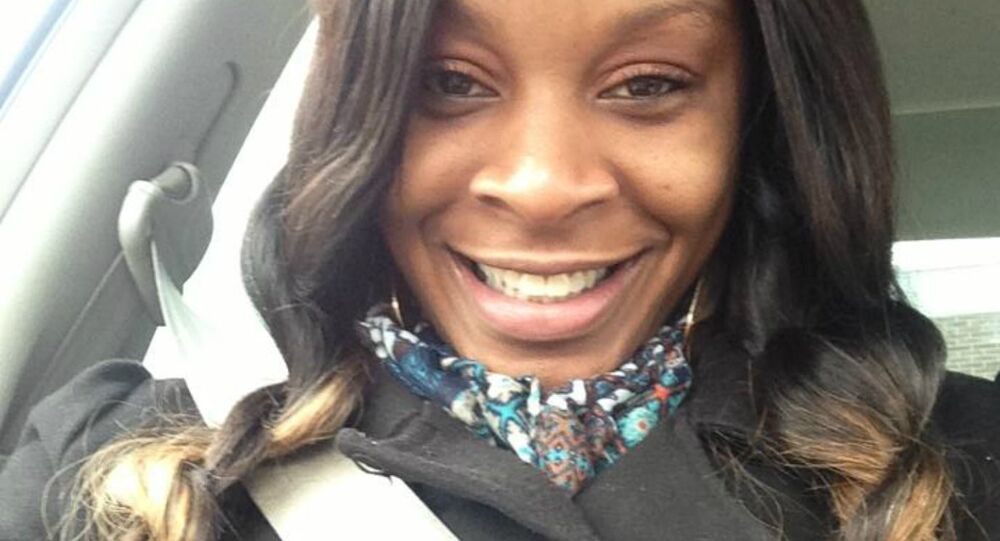 The family of Sandra Bland, who was found dead in her jail cell following an improper arrest stemming from a routine traffic stop, has filed a wrongful death suit alleging that her treatment by authorities, and their “conscious disregard” for her safety, was responsible for the 28-year-old’s death.

The suit filed in a Houston federal court on Tuesday alleges that Bland’s constitutional rights were violated and that the manner in which her body was found on July 13 creates suspicion that she was subjected to racist treatment.

Bland, an outspoken Black Lives Matter activist, was reportedly found hanging from a trash bag in her cell three days after she was arrested by Trooper Brian Encinia for allegedly failing to use her turn signal.

Her mother, Geneva Reed-Veal, acknowledges that she still does not know what exactly happened inside the cell that day, but has stated that mother’s intuition tells her that her daughter did not commit suicide.

"The bottom line is: She never should have been inside of the jail, period," Reed-Veal told reporters.

"We are looking for Waller County and the individuals involved to take accountability," attorney Cannon Lambert Sr., who is representing the family, told USA Today.

The Texas Department of Public Safety has publicly condemned Encinia’s actions during the traffic stop, but he remains on desk duty.

"Mr. Encinia is still employed and it doesn't make sense that the taxpayers are paying for the type of service that he employed on July 10," Lambert continued.

Despite video that seemingly disproves the officer’s report, and his clear violations of department policies, he remains on the force.

The family has stated that a lot of important questions about the incident remain unanswered, and that information has been being withheld regarding the circumstances. They say they’d like the Department of Justice to lead an investigation.

"This family needs an answer to the principal question of what happened to Sandra Bland. It's why we filed suit," Lambert explained.

The lawsuit does not currently name a dollar amount.

Sandra Bland’s Behavior Prior to Arrest Without Hints of Suicide