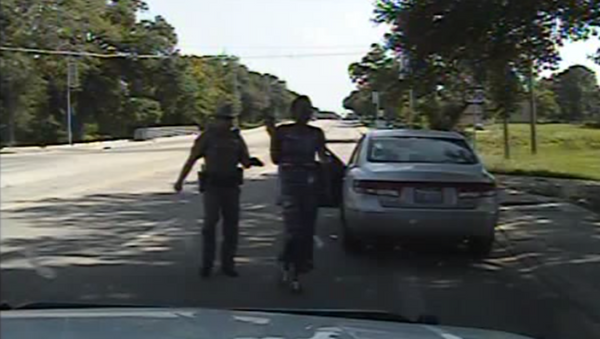 “We are doing this because we have received death threats, we received threats to our facilities, and it is vitally important that people understand that the information that they may be relying on is incorrect,” Duhon said.

On July 10, 2015, Sandra Bland was pulled over by a Texas state trooper for failing to signal while changing lanes with her vehicle. The trooper arrested the 28-year-old activist after she allegedly engaged in an altercation with him. Bland was then detained in jail, but was found hanged in her cell three days later.

Death Threats Force US Transparency Project to Relocate to WikiLeaks
The authorities stated Bland committed suicide, but Bland’s family has demanded an investigation into her death.

The newly released footage shows Waller County officers filling out forms at the jail following Bland’s arrest, as well as taking mugshots of Bland and her interactions with jail personnel.

Bland’s death is one of several recent incidents of detainees dying in US prisons.

On July 14, 2015, a member of the Choctaw tribe and a longtime community activist, Rexdale Henry, was found dead by unknown causes in his prison cell following an arrest for failing to pay a traffic fine.

Most recently on Sunday, Ralkina Jones, a 37-year-old African American woman, was found dead in a Cleveland Heights, Ohio jail cell. Jones was under arrest after a violent argument with her husband.