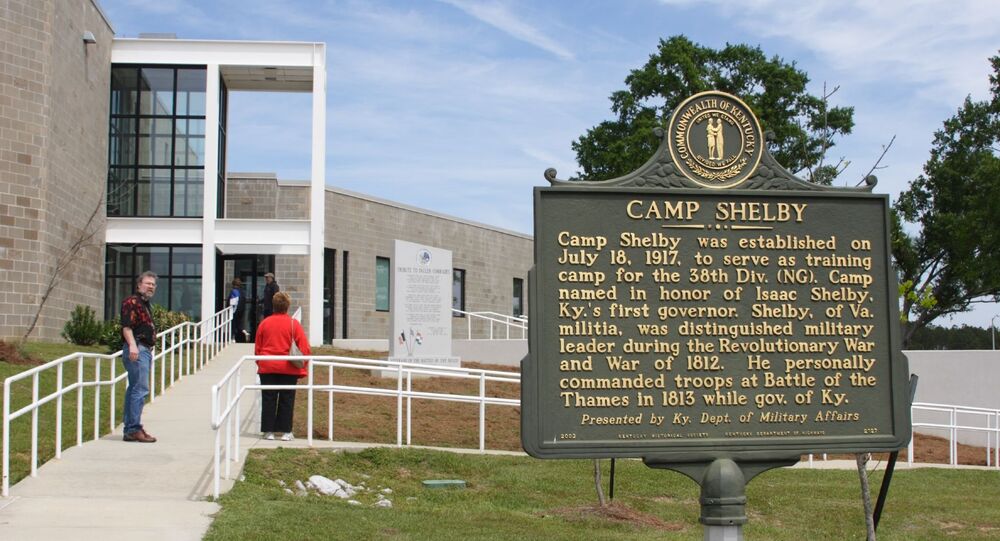 Law enforcement in Mississippi are searching for two men who fired shots at US Army soldiers training at Camp Shelby in Hattiesburg.

Sheriff's deputies were at a residence where they found a vehicle matching the description of the one driven by the shooters the Clarion Ledger reported at 2 p.m.

The soldiers were training at Camp Shelby Joint Forces Training Center, which was designated as one of the sites where a multi-state military training exercise Jade Helm is taking place.

About 4,600 soldiers are participating in the training exercise, which is scheduled to continue through mid-August at sites in Arizona, Florida, Louisiana, Mississippi, New Mexico, Texas and Utah.

Conspiracy theorists in Texas voiced concerns about the point of the military exercises, prompting Governor Greg Abbott to direct the Texas State Guard to monitor the drills. In Georgia, a former Congressional candidate claimed that a "reliable, well-connected inside source" said "militias are on high-alert" over the exercises.