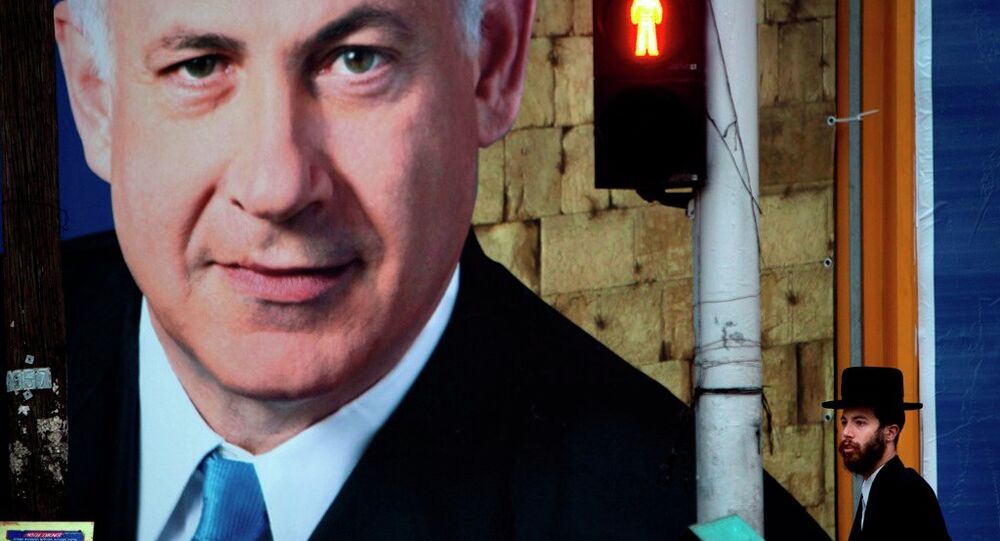 The strained relationship between Israeli leader Benjamin Netanyahu and US President Barack Obama looks like it's set to continue, with Netanyahu planning to hold a live webcast, discussing the recent Iran nuclear deal, in an event directly aimed at America's Jewish community.

The Israeli prime minister will address Jewish Americans with a speech discussing some of the potential pitfalls of the US' nuclear deal with Iran, which many suggest is sure to stir up anti-Obama sentiment in America.

While President Obama described the agreement with Tehran as a once in a lifetime opportunity to "secure a safer and more secure world," Netanyahu was scathing in his criticism, saying that the nuclear deal was a "bad mistake of historic proportions" that would ultimately threaten the safety of Israel and destabilize the Middle East.

Today at 8 pm Israel time, 1 pm Eastern time, I will be speaking via live webcast hosted by @jfederations. Watch: http://t.co/cMgi8tVkfR

The event will be the second time Netanyahu has bypassed Obama in trying to address the American public, following his speech to US Congress in March where he warned lawmakers against supporting the then unsigned nuclear arms deal.

It continues the long history of tension between the two leaders, with commentators noting that various differences have left the once unbreakable US-Israeli relationship at its weakest point for many decades.

Gaza, Settlements and the Two-State Solution

On top of the recent Iran deal, Israel's military offensive in Gaza last year was another matter of great tension between Netanyahu and Obama, with Washington condemning the actions of Israeli forces.

© AFP 2019 / Don Emmert
Benjamin Netanyahu, Prime Minister of Israel, uses a diagram of a bomb to describe Iran's nuclear program while delivering his address to the 67th United Nations General Assembly meeting September 27, 2012 at the United Nations in New York.

The Obama administration was highly critical of the Israeli bombing of Gaza during last summer's offensive, condemning the shelling of a UN school, while raising concerns about the number of civilians being killed by Israel military forces.

Netanyahu fired back at the criticism, reportedly telling the Obama administration "not to ever second-guess me again" on the issue of trying to agree on a ceasefire agreement with Islamist group Hamas.

The establishment of settlement camps in the Palestinian occupied territories has also caused further tension between the two countries, with Washington implying that Israeli officials weren't doing enough to work towards securing a two-state solution.

While it has been widely reported that Obama and Netanyahu don't see eye to eye on a personal level, other political commentators believe the Israeli prime minister's recent appeals to the American public and political establishment may have wider strategic implications in regards to next year's US Presidential election.

It is thought that Netanyahu is banking on a Republican victory in the election, which could trigger a revival in US-Israeli relations, and see Washington offer more support for Israel's most controversial policies.

It was Republican speaker John Boehner who took the unprecedented step of inviting Netanyahu to speak to US Congress about the Iran nuclear deal, which many saw as an attempt to stir up sentiment against Obama's Democratic party.

Following media and political criticism of Netanyahu for his policy in Gaza and the decision to speak to Congress, many Republicans jumped to his defence, highlighting that the soured relations between the US and Israel were a result of incompetence on behalf of president Obama.

Former Republican presidential candidate John McCain said Obama had "his priorities so screwed up that it's unbelievable," following the president's criticism of Netanyahu for his approach to securing a two-state solution with Palestinian officials.

It is thought that Netanyahu's latest pitch to the US' Jewish community will work to persuade American's to vote against Obama's party in next year's election.

And even though Obama won't be standing as a candidate, the incident is just another in the long list of feuds between the US president and his Israeli counterpart.

US Hits Out at Latest Israeli Settlement Building Move