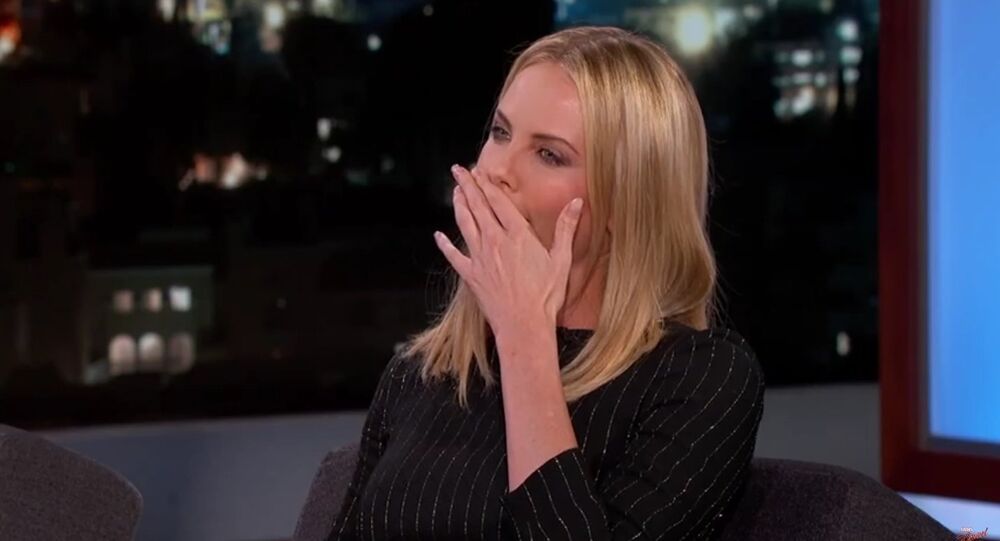 Meeting a president can make anyone nervous, even an Academy Award-winning Hollywood star like Charlize Theron, who’s confessed that when she met Barack Obama face-to-face, she couldn’t come up with anything more appropriate to say than to invite him to a strip club.

The Mad Max star reminisced during a recent appearance on Jimmy Kimmel’s Late Night show that, the last time she appeared on the program, on an evening that also featured an appearance by the US commander-in-chief, she suggested backstage that she and he go to a strip club together to “reach a younger demographic.”

“I have this thing that happens when I get nervous where I get so nervous that I will say something really inappropriate,” Theron confessed. “It's like Tourette's in a weird way. I don't know how to stop it. It's like verbal diarrhea.”

Theron recalled that she didn’t expect to encounter Obama on the set, but someone from his team found her and brought her over to meet him. Theron said it was “a lot of pressure” for her, and she completely lost her head.

As Theron tells it, Obama started chatting about how his appearance on the show would help him reach a "younger demographic." After a long pause, she tried to make a joke:

“Well if you're looking for a different demographic, I can take you to a strip club,” Theron said.

"Michelle Obama is going to kill me," the actress added after confessing her proposal to president.

© AP Photo / John Locher
Out of Retirement? David Letterman Reveals Top 10 'Facts' About Donald Trump (VIDEO)
Obama took the gaffe in stride, Theron said. He was “nothing but lovely,” regardless of the awkwardness of the situation, she added.

Kimmel retorted with a joke that President Bill Clinton would surely have agreed to the date.

"If you'd said that to President Clinton, you'd probably still be at that strip club," Kimmel speculated.

Theron concluded that, despite the situation having turned out ok, she felt ridiculous and couldn’t sleep for weeks.